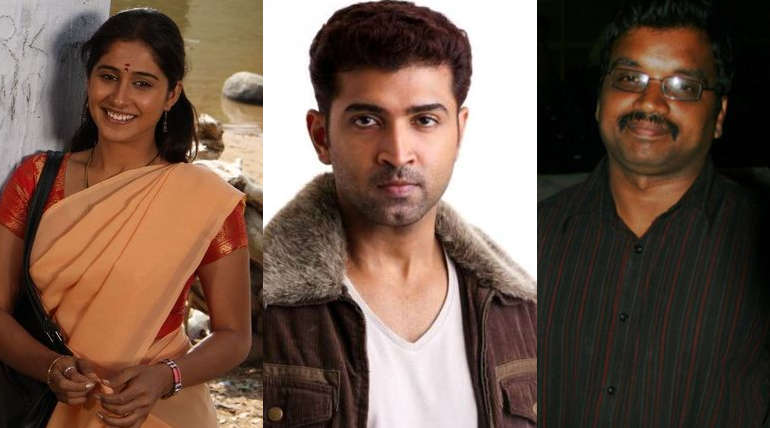 Fitness hero Arun Vijay's next onboard with Eeram director Arivazhagan: 2019 has been a productive year for actor Arun Vijay in his film career, and 2020 is now becoming engrossed with new projects for the struggled actor. Arun Vijay strived hard to find a better place in Kollywood, and all the hard work paid off from Goutam Menon's Yennai Arindhal movie playing an antagonist role facing Thala Ajith.

Casting via versatile film directors GVM and Maniratnam in Yennai Arinthal and Chekka Chevantha Vaanam, Arun Vijay hovered a bizarre status for his flicks. The fitness freak hero is all set to commence the shoot of his next untitled film directed by Eeram director Arivazhagan. This Actor-filmmaker combo has already worked together in Kuttram 23 investigative cinema and now joined to create a spy thriller under the banner of All in Pictures bankrolled by Vijay Raghavendra.

The film is being planned to shoot in the metros of Chennai, Hyderabad, and Delhi. Director Arivazhagan opens up that the spy thriller will have more action scenes compared to Arun Vijay's previous flicks promising it to be a unique spy action thriller. Regina Cassandra pairs up Arun Vijay for the commercialism of love. Other actors are in the process of being selected.

Rajasekhar will be working as a cinematographer, and the music director Sam CS composes beats for this spy action drama. Kuttram 23's Art director Shakti Venkatraj joins the team as art director. The film crew has decided to release the film as a summer holiday celebration of 2020.

Arun Vijay's double-action drama Thadam has been a massive hit that was directed by Magizh Thirumeni. And, the body-builder hero is acting in young director Karthick Naren's Mafia Chapter 1.Bankrolled by Lyca Productions, the film also stars Prasanna and Priya Bhavani Shankar in the critical roles of Mafia.

Arun Vijay is getting all way as a consistent star in the film industry, awaiting more new releases in the forthcoming years.