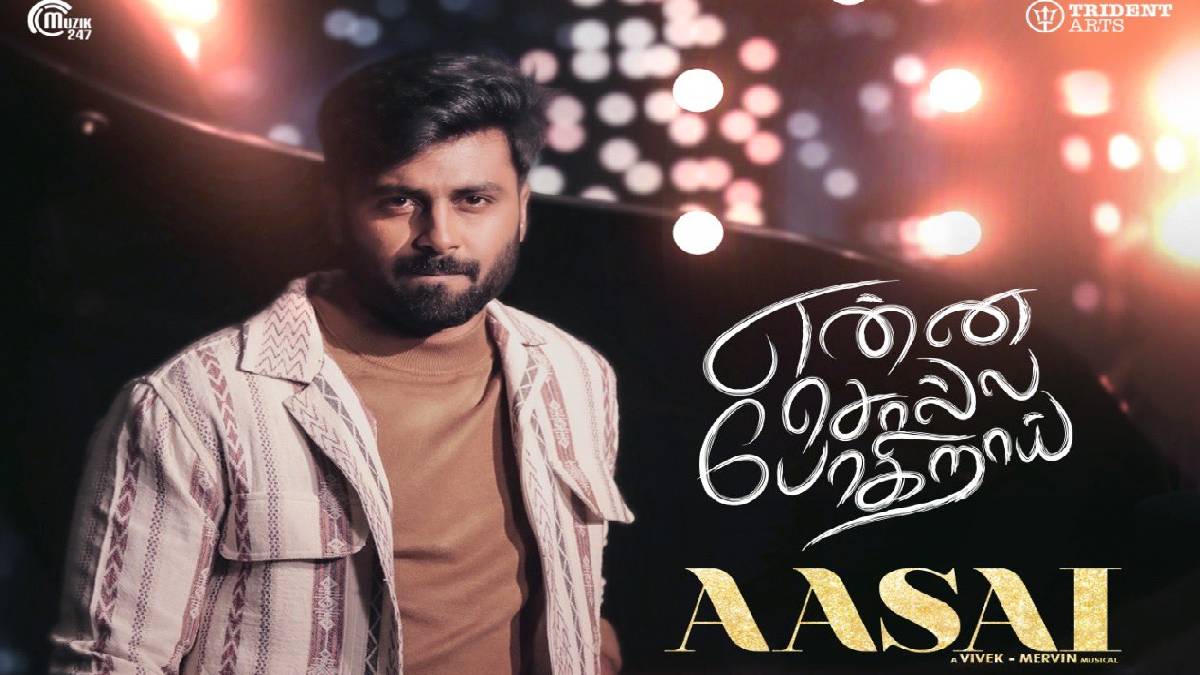 As a hot topic among the girls, it is known that cook with comali fame Ashwin is currently engaged in the movie 'Enna Solla Pogirai'. It has already been announced that one of the songs from this film will be released on September 29.

It is noteworthy that the song that starts with 'Aasai' was released yesterday. The 'Enna Solla Pogurai' stars Ashwin Kumar, Pugazh, Teju Ashwini, and Avantika Mishra. Mervin Solomon melodiously does Asai song vocal with the lyrics of Maathevan. Famous music composer Anirudh Ravichander launched the song yesterday on his Twitter page.'

Ashwin Kumar has already captured the hearts of the youngsters through his songs Kutty Patas and Adipoli songs. And now the film 'Enna Solla Pogirai' is expected to give a good reach in his film career. The song 'Aasai' is going viral on social media. His fans are making the song go trend by liking and sharing on their social media pages.