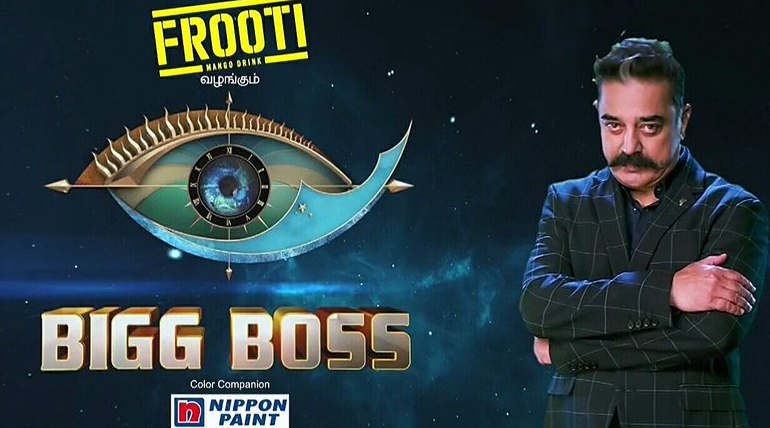 Bigg Boss 3 Tamil is a Vijay TV reality show based on the original Dutch Show. The Dutch show titled Big Brother format developed by John de Mol Jr. The show has a purposely built house with all primary facility in which contestants have to live in that isolated from the world. Each weekend, the housemates have to nominate their fellow housemate based on their dislikes for eviction. Based on the public vote, the host of the Bigg Boss3 has to evict. The contestant may be celebrities and some famous people in the society as housemates as no general public can be the housemate in Bigg Boss 3 Tamil.

The house of Bigg boss 3 Tamil has all kind of well furnished with modern amenities and decorated. There may be two bedrooms, a kitchen, store for that, smoking room and maybe four or five toilets and bathroom. The house can also have a garden, gym, swimming pool and a confession room in which the housemate called by Bigg Boss for any discussion and even for the nomination of the contestant. It is essential to mention that the house has no Clock, TV, phones or internet connection.

The housemate pattern will vary to the season to season. In Bigg Boss season 1 the house has major Film Actor and Actress such as Anuya Bhagvath, Bharani, Ganesh Venkatraman, Shakthi Vasudevan, Namitha, Bindu Madhavi, Harish Kalyan, Suja Varunee, Sri, Kaajal Pasupathi, Oviya and Vaiyapuri, Ganja Karuppu and Aarthi as Comedian. Gayatri Raghuram is both actress and Choreographer. Aarav and Raiza Wilson are models at that time. Snehan is film lyricist.  Maria Juliana is controversial fame at that time.