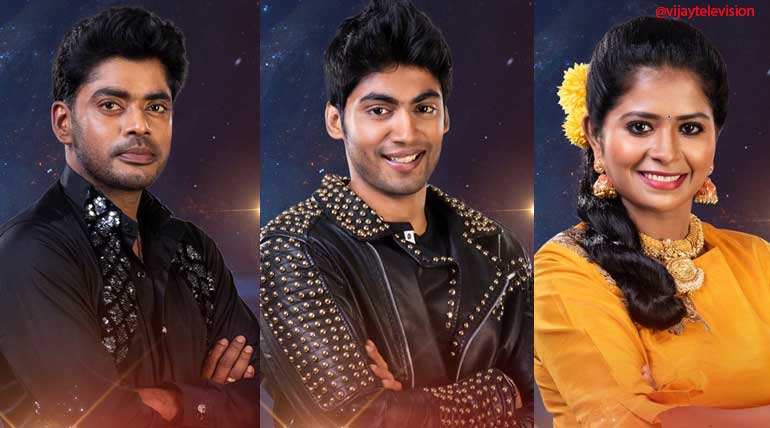 Bigg Boss season 3 inches towards its half completion. Kamal Haasan decked up handsomely came to host the 50th day. Housemates are asked to opine about their view on the winner of the show. Yes, as expected, Tharshan and Sandy were in the list. But the unexpected was Madhu in the lot, the choice made by housemates. The contrary popped as Sherin was crowned angel yesterday, but Madhu was tagged as the winning prospect although she got the third slot followed by Tharshan and Sandy.

It is very difficult to judge the people so as housemates. When we go by yesterday's judgement, it should have been Sherin who should have secured the winning spot, but it was Madhu who smashed it. As Big Boss always gives expect the unexpected, it is construed as a normal thing. So now the three who have been honoured the first, second and third self embellish them with the respective medals.

Again it is Sakshi who took Sherin as one of the choices, but Sherin didn't pick her name. Is Sakshi proving her innocence or her proximity towards Sherin? So Sherin has the ability to let go of the friendship and forget the same for trivial things? So is it the correct choice of evicting Sakshi? Although it is lingering in everyone's mind, it is too late to reconsider it. Let's see ahead what happens??