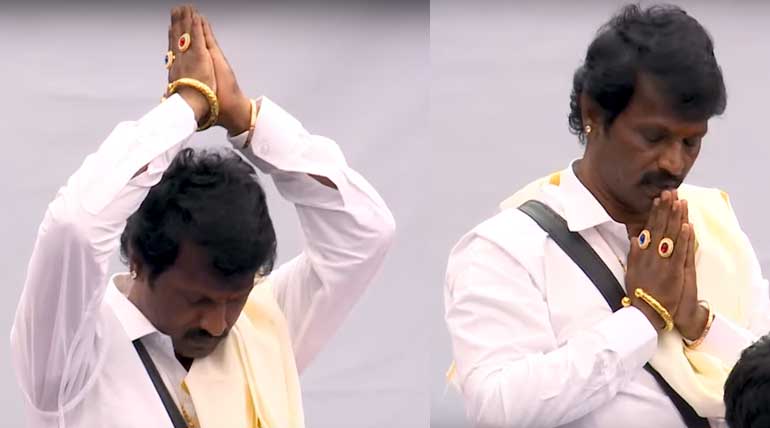 Was Cheran right in participating in Bigg Boss Tamil 3?

Yesterday's the 32nd-day happenings in line with that of Cheran's vindication by some contestants of the Bigg Boss Tamil 3 house.

It went to the extent of Cheran crying and wanting to go out of the Bigg Boss house. It raises the question of Cheran was right in participating in Bigg Boss Tamil 3 house.

Cheran is one of the great directors of Tamil Cinema. It is not only because of the three national awards or other awards.

But it is due to the quality of his movies for the past two decade in Tamil cinema.

With all the glitz and glamour that surrounds any cine field, Cheran stood alone in his commitment.

It was to take quality and class cinema and nothing else. Cheran's most of his movies were an example without exception.

There never used to be even one scene in his movies for the past 20 years and more.

For such a director to be insulted by young girls like Meera and others is not a good sight for the Tamil people.

Cheran had to face a financial crisis, not due to his lack of skills. But it was during the release of his bilingual movie JK.

The previous Cheran's movies were acted by him or by others were sold for his directorial skills and the market for it.

But Since JK was supposed to be released in Telugu also, he approached many distributors.

But the transactions were not fruitful, and Cheran decided to release the movie in the C2H mode. It is cinema to home and if failed drastically and plunged him into financial crisis.

From the Cheran's own words while crying yesterday, he said that he has come to Bigg Boss Tamil 3 house only for his daughters.

Not a good sight of Cheran crying in Bigg Boss Tamil 3 house:

Cheran, a cherished great director of Tamil movies, is now crying on the screen before millions of people.

It is not a good sight for the Tamil people. It has raised many questions about whether he should have participated in the first place in Bigg Boss Tamil 3.

There were rumours in the social media that he even left Bigg Boss Tamil 3 house, but it was not true.

Cheran must have come to Bigg Boss Tamil 3 for his reasons, and no one can question it, but it is sad for the Tamil people watching him crying on screen.