"Could You Reconsider Starring in Muralitharan's Biopic?" Director Bharathiraja's Letter to Vijay Sethupathi. 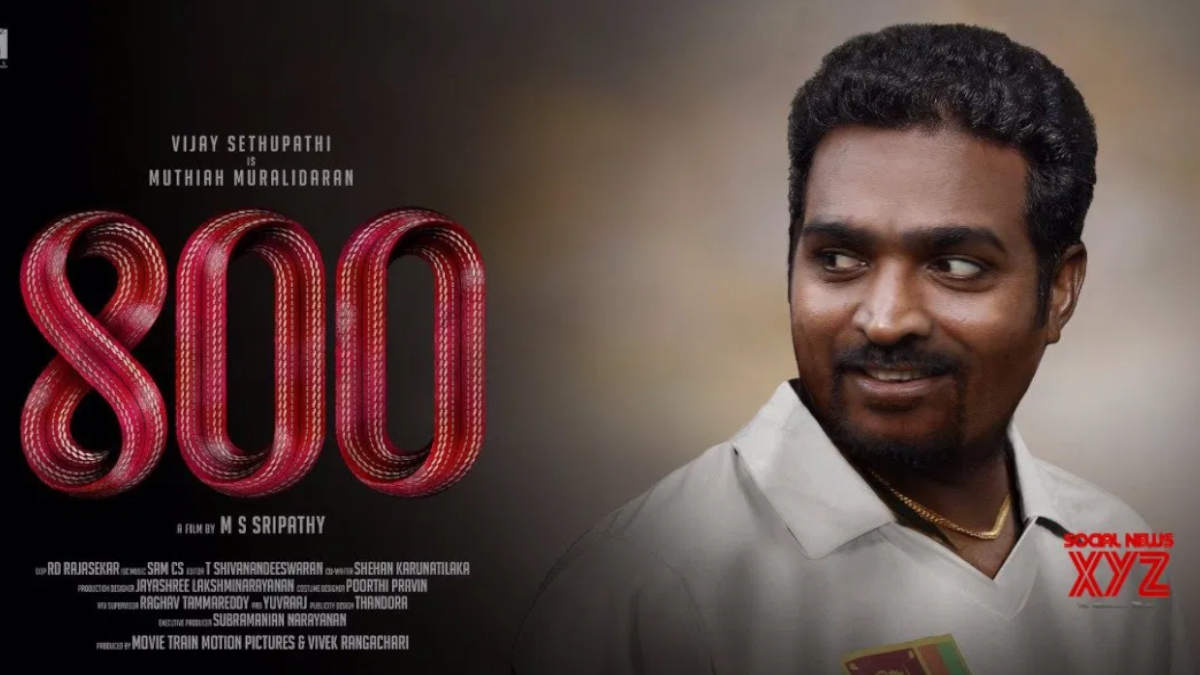 Director Bharathiraja has written a letter to actor Vijay Sethupathi requesting him to avoid starring in Muralitharan's biopic.

Vijay Sethupathi plays the role of Muthiah Muralitharan. The film recounts the story of Muralitharan's bowling style from his childhood until his record of 800 wickets.

Directed by M.S.Sripathy under the production of Movie Train Motion Pictures and Vivek Rangachari. Shooting for the '800' is set to begin in March 2021. India, Sri Lanka, UK, and Australia are among the countries that are planning to exhibit on a grand scale. RD Rajasekar is the cinematographer, and Sam CS is the composer. 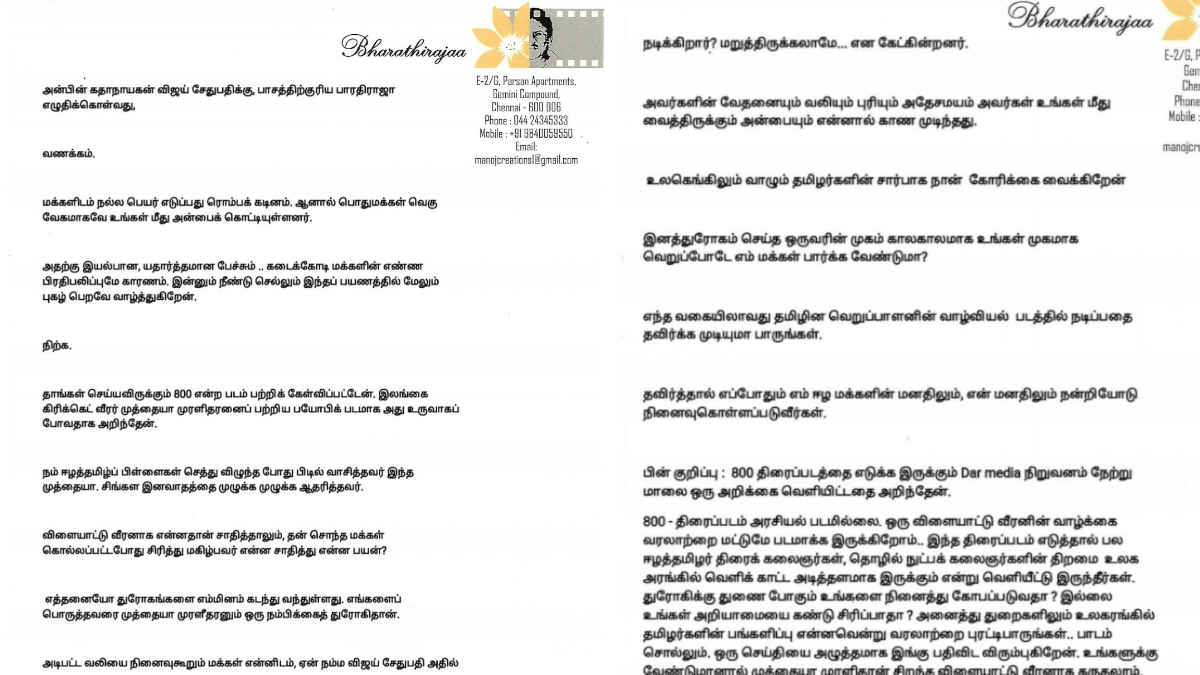 He added, "It is challenging to earn a reputable name among people. You have been loved by Tamil fans through your character and sensible speeches. I wish you more fame on this journey that will go even further."