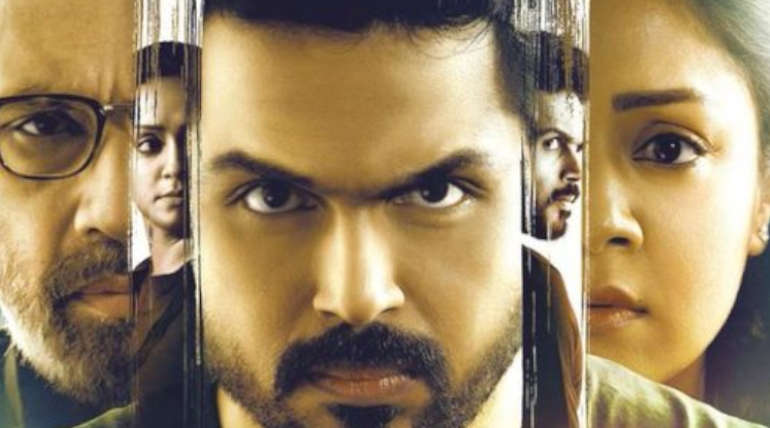 Malayalam Director Jeethu Joseph rolls with his back to back films in the Indian film industry after the blockbuster hit of Mohanlal's thriller drama Drishyam in 2013. With the vast thriller genre, Jeethu took himself to the next level in his writing and direction as the single plot been remade in all Indian languages like Tamil, Telugu, and Hindi.

Adding fuel to the fire history made the film Papanasam starring Kamal Haasan and Gowthami under the same direction of Jeethu takes off the flight to hit the screens in China now. Yes, the sensational story has been remade in the Chinese language titled "A shepherd without a sheep" and all blocked to meet the silver screens this December 20 in China.

Following Paapanasam, Jeethu nurtures Kollywood for the second time in Thambi movie starring Karthi, Jyothika, Sathyaraj, Nikhila Vimal in the serious emotional discussion roles. The director says that the Thambi production team approached during The Body project, and the intriguing casting and plot never made me neglect the opportunity.

Thambi producer, Suraj Sadanah under the banner of Parallel Minds production, sets the upcoming emotion to be as a connector of three states like Mumbai(Producer), Tamilnadu(Actors) and Kerala(Director). Thambi became bigger and bigger when Karthi, Jo accepted to carry over the brother-sister on-screen relationship, and Jeethu's cast of Sathyaraj rolled to hit the massive structure.

The filmmaker Jeethu Joseph says that he is an ultimate believer of casting, and Drishyam evolved as a thriller by centering Mohanlal only in mind. Thambi's writing process forced me to join Rensil D'Silva and K.Manikandan to depict the story for the senses of Tamil audiences.

Everyone in the Thambi set teaches something with their suggestions, and I am a man of learning new ideas enthusiastically without ego, laughs Jeethu about the fun-loved journey in Thambi making.

Drishyam film still in the audience mind pictures me as a thriller director, and there are action stories in my filmography like Oozham and Aadhi. He adds that even Thambi is an emotional drama but with some unexpected twist and thrills, laughs.

Undoubtedly a delightful moment and back to back week for the epic tireless film creator Jeethu Joseph since last week as the Spanish remake film 'The Body' starring Emraan Hashmi and Rishi Kapoor started searching the corpse from the last Friday in Bollywood as a debutant thriller journal film for the director as a straight amidst Drishyam story twirled enough in 2015.

Though the film lacks grossing in the big screens and Jeethu adds that there is no scope to add thrill in the story as it is an already baked script. The director joyfully says these back to back hits as" I'm not in a position to give me a break."

Seems Tiresome is not in Jeethu Joseph's dictionary of life and film making, the splendid film director tightens for waiting schedule with his another drama Ram in Malayalam starring Mohanlal and Trisha in the lead roles. The film launched its title on Monday and set the rage among the Jeethu-Mohanlal die-hardens. Trisha lights up in Ram after starring Hey Jude in Mollywood.

Thambi movie is all set to hit the big screens on December 20 in India to showcase the emotional bonding.