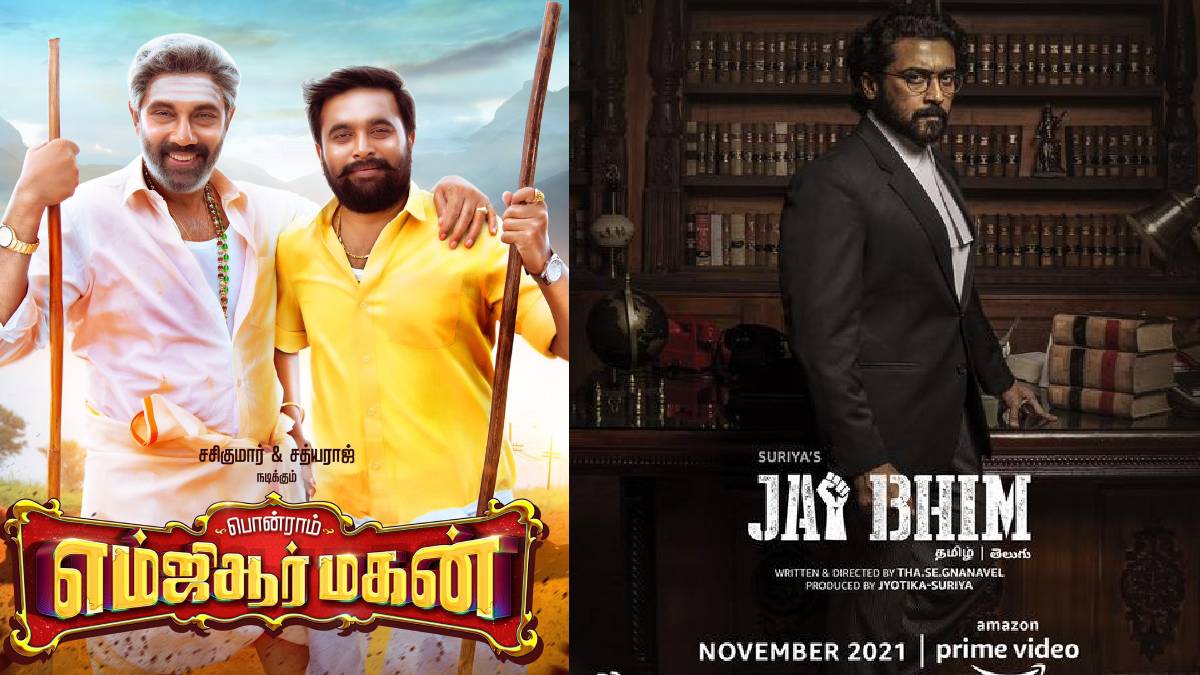 Tamil Movie is in the row to release on the occasion of Diwali 2021. The theatres are accessible to 50% of the audience because of the covid Pandemic. Watching movies in theatres gives the audience get good experience. At the same time, the OTT platforms are also gaining considerable attention from the audience.

Many leading heroes are still going for the OTT platform for their movie release. Not only Tamil but also Malayalam and other language movies are receiving good responses from theatrical releases. Few OTT release movies make the viewers go for a thought that ' it would have been good if this movie was released in theatres."

On the occasion of Diwali 2021, only one film is confirmed for OTT release. The most expected actor Suriya's movie Jai Bhim is set for OTT release on November 2. Watch Jai Bhim Tamil full movie on Amazon Prime videos.

Jai Bhim is a Tamil legal drama movie directed by  T. J. Gnanavel. 2D Entertainment produces Jai Bhim Tamil movies. This movie speaks about the real-life incident that was held in 1993 about a couple of Irular castes.

Actor Suriya comes as an advocate in the movie Jai Bhim. His look in this movie is admirable with the strict face. Jai Bhim Tamil movie is confirmed to release on Amazon Prime Video on November 2, prior to Diwali.

Recently released Tamil movie Udanpirappe gathered considerable reviews with both positives and negatives. All the characters have done justice to their roles. The combo of Sasikumar and Samuthirakani was goos to see without any mess.

Samuthirakani 's character in Udanpirappe was slightly different from his early movies. After watching the trailer of MGR Magan, it is very eager to see the role of Samuthirakani. His body language and dressing are totally different.