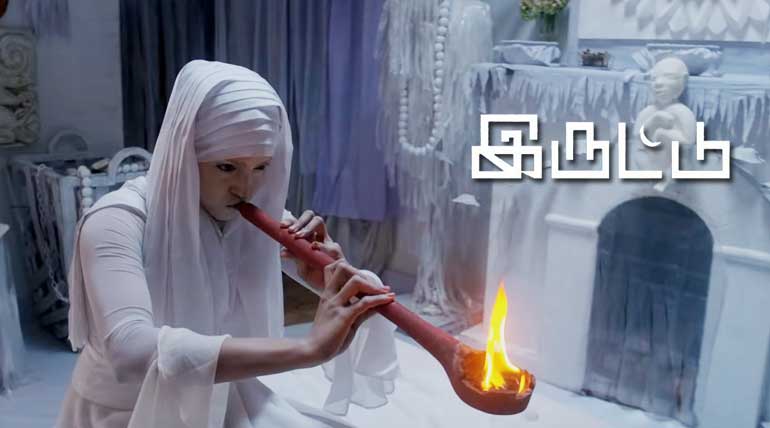 Iruttu gets mixed reviews, but visages are not touching expectations: Tamil movie Iruttu is released today and invited a lot of critics and clamors with a tinge of positive comments. From the direction and production point of view, it is a must-watch, but the cinematography is not screened well.

Iruttu movie is written and directed by V.Z.Durai featuring Sundar.C and Sai Dhanshika in lead roles aside Vimala Raman and Sakshi Choudhary also playing main roles. Girish.G composes the music, and nothing much was hinted about the songs and the background music. The acting skills are still to be tuned is what the majority said.

The movie has contoured much glamour, and watching with children and family may not be conducive. One of the audience said, "Had the glamour been curtailed, Children should have been pulled in. Horror movie not so petrifying and children would have enjoyed. But there is no room for the same now.

The movie is expected to make a steady business at the box office. Some audience said, "We had a lullaby inside." Also, few said good movies to watch with lovers, especially "Iruttu was indeed Irutu," sarcastic comments. Not withstanding, the movie is decent enough to watch once as the opinion differs from person to person.

Sundar.C has well played in police character according to the onlookers. Should have focused more on cinematography and editing. The debut day response alone cannot be counted. Let's wait for more.