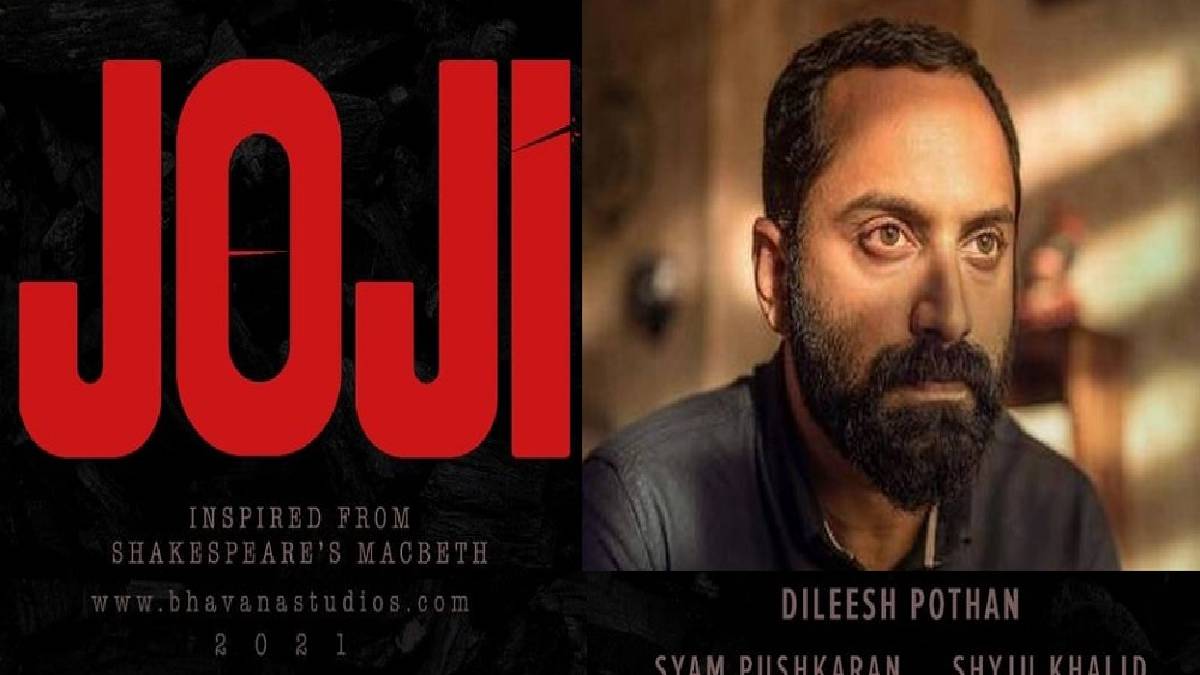 Joji (2021) Malayalam movie under the direction of Dileesh Pothan with the lead role Fahad Faasil is with a recent update.

The teaser of the movie is out now on Amazon Prime, and it's been tweeted officially with a hashtag of #JojiOnPrime premieres on April 7.

This movie is said to be inspired by William Shakespeare's famous action come thriller play, Macbeth. The film is with great expectation as Fahad plays a titular character.

The story and the dialogue are done by Syam Pushkaran with the cinematography of Shyju Khalid and edited by Kiran Das. Justinn Varghese tunes the music.

The production company is Bhavana Studios and the produced by Dileesh Pothan, Fahad Faasil, and Syam Pushkaran.