Jumanji: The Next Level English movie Leaked illegally in Tamilrockers 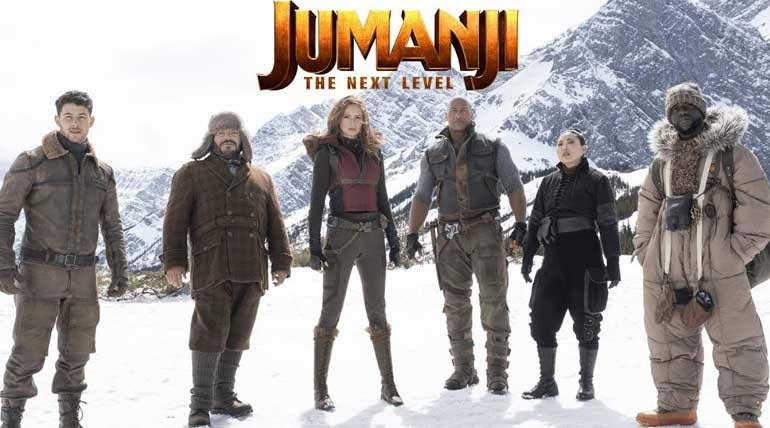 Jumanji: The Next Level is now on the internet by piracy websites, which should not be and watch only in theatres. The most expected sequel of Jumanji: Welcome to the Jungle, Jumanji: The Next Level English movie Leaked illegally in Tamilrockers piracy website shortly after its world premiere. Though the movie hasn't been to the screened except in a few countries, the online leak of this film is going to give a hard hit to its box office collections.

Jumanji: The Next Level is not just the next level. It is far more than that. Certainly, the plot starts after few years from the first part of Jumanji. The characters are now grown up and having blasts in their own way except Spencer as he was broken up with Martha.

Spencer, to take a break from the awfulness,  voluntarily enters the game(Jumanji) again when the game board prompts him while he enters his basement. The very next morning, Spencer's friends Anthony, Bethany, and Martha, showed up to Spencer's house and shocked to hear his missing news from his grandpa. Nevertheless, they hear the freaky tribal sound of the game.

Here, comes the twist, the game pulls the grandpas in leaving Bethany behind. Director Jake Kasdan stuffed the twists and made the Next level even more adventurous than the Welcome to the Jungle.

This movie is so much hilarious than its previous version. With Dwayne Johnson, the weight for this movie seems unaccountable. Since the film is in theaters from Wednesday, in some countries, it is yet to be released to countries like India, where the fan base for Dwayne Johnson is almost equal to the height of Everest.

Jumanji: The Next Level is set to release in India by this December 13, 2019, in Tamil, Hindi, Telugu, and Malayalam. Since some key piracy websites other than Tamilrockers, which have been mostly cared in India, hasn't leaked it yet, its threat for its box office in India is currently low.