Jumanji: The Next level Tops the Box office Collection in India 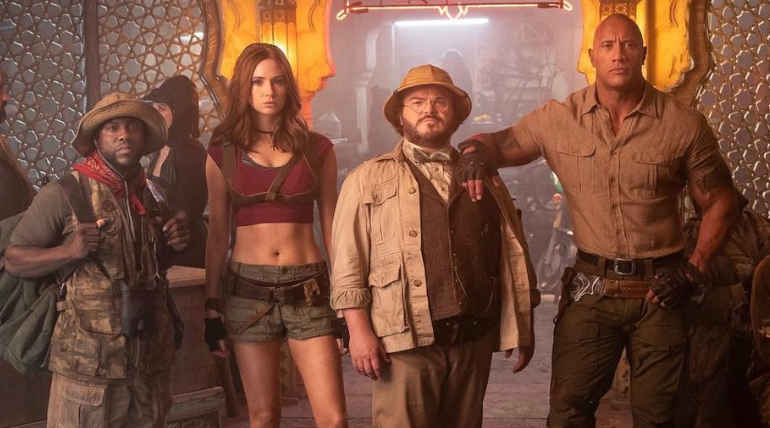 Jumanji: The Next level Top Box office Collection in India

Jumanji: Next Level has released on Thursday in 4 languages â€‹â€‹- English, Tamil, Telugu, and Hindi in India as the film hit screens a week earlier in home countries. The film looks like the old Jumanji story with a slightly refined model.

Only holding a small line in the box office, Jumanji: The Next Level tops the collection with an overall gross over of Rs 26 crores in the first five days while Mardaani 2 opening screens on the next day ranks second in the box office with a total collection of Rs 18 crore in just three days.

Jumanji: The Next Level is the third franchise of the film since1995, and the story takes place about a year after the story of Jumanji: Welcome to the Jungle. While the previous film was focused on little adventures, the next level film under the direction of Jake Kasdan evolved into an emphasis on human relationships with intriguing game levels.

Spencer Gilpin is in love with who wants to go back to the Jumanji world and enters by repairing that broken video game. Spencer's friends purposely enter the Jumanji world to search their friend. Unfortunately, Jumanji is in a life or death situation when they enter the game.

Boosting the seriousness, Spencer's grandfather, along with his friend Milo joins the game. They are playing the Jumanji game and face some usual difficult challenges. How did they finally overcome the challenges, and do they successfully completed tasks, plots the rest of the film. Though the games end faster with chases and adventures, the actors Bravestone and Franklin Finbar avatars and body changeovers will fascinate the audience undoubtedly.

Despite the two blockbusters in the first week, Spanish film remade The body starring Emran Hashmi, and Rishi Kapoor sustains with Rs 2.05 crore in its first-week collection since it lacked the thrill on the screen to detect the corpse.

Jumanji: The Next level Tops the Box office Collection in India