Kadaisi Vivasayi Trailer is out: A tale of a last organic farmer 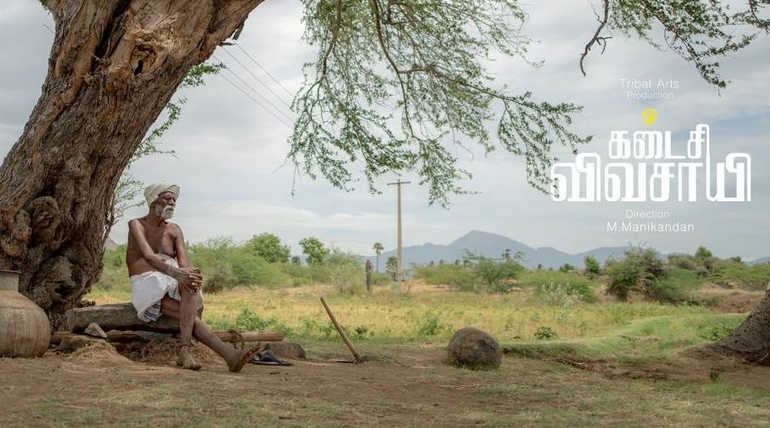 Kadaisi Vivasayi Trailer is out: A tale of a last organic farmer

The story revolves around the grandfather, who is an organic farmer and knows nothing beyond agriculture in the world. Kadaisi Vivasayi checks the survival myth of the old agriculturist in the village.

Kadaisi Vivasayi's movie has been directed by the film creator Manikandam who is already a notable personality in his previous films Kaaka Muttai, Aandavan Kattalai, and Kuttrame Thandanai. Director Manikandan and actor Vijay Sethupathi combo hit the big screen for the second time after Aandavan Kattalai flick.

For fans who wished that Vijay Sethupathi would be playing the farmer lead role in the Kadaisi Vivasayi movie but the trailer revealed that an 85-year-old farmer Nallandi plays the last farmer critical part in the film while Makkal Selvan supports the Kadaisi Vivasayi somehow in the National award-winning director's screenplay.

The multi-starrer film hero Vijay Sethupathi plays the mentally ill character in Manikandan's movie. The agriculture drama of Manikandan took two long years to complete as the film creator himself taken avatar as cinematographer and screenplay writer in the Kadaisi Vivasayi.

Everything goes traditional as it is a village drama hoping that Isaignani Ilaiyaraja music beats touch every soul watching Kadaisi Vivasayi film. The trailer of the film has been released seeking attraction all over, and the Director Manikandan is making films with an emphasis from his first flick.