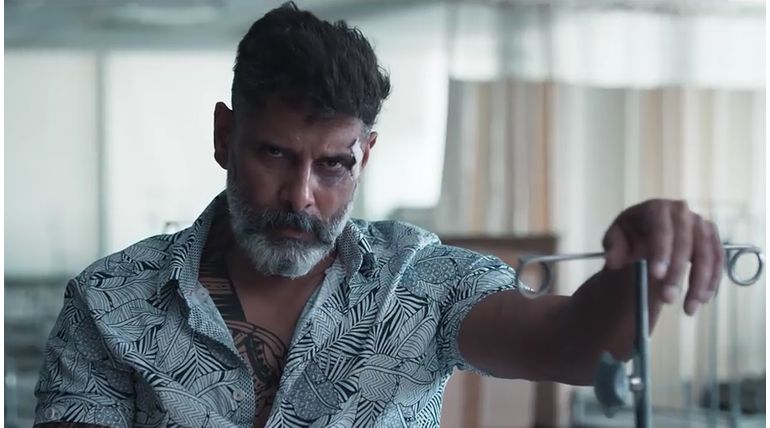 Rajesh M Selva, who directed Kamal's Thoongavanam, has directed the film. The music is composed by Ghibran and cinematography by Srinivasa Reddy. The first look of the film was released back in November and the teaser in January which was well received by fans. It is reported that the film will release on July 19 as the post-production work is nearing completion.

Earlier, a contest was conducted by the team Kadaram Kondan for fans to take part in the launch function. Fans were eagerly taking part in the contest and showing their love towards the star to meet him in straight. Both the previous films of the actor, Sketch and Saamy Square, didn't impress the audience and wasn't well received. Thus, Vikram fans were desperate for a comeback from the actor and Kadaram Kondan is expected to be one such film.

Now the trailer has been released by the team and it is of no doubt, the film is gonna hit the right chords this time. After all the hyped films of Chiyaan misfired in the past few years, this one under the making of Rajesh Selva is sure to impress all centre audience with a stylish making and high-class production. Watch the trailer to get a solid thriller vibes and get ready for an action-packed show from the team.