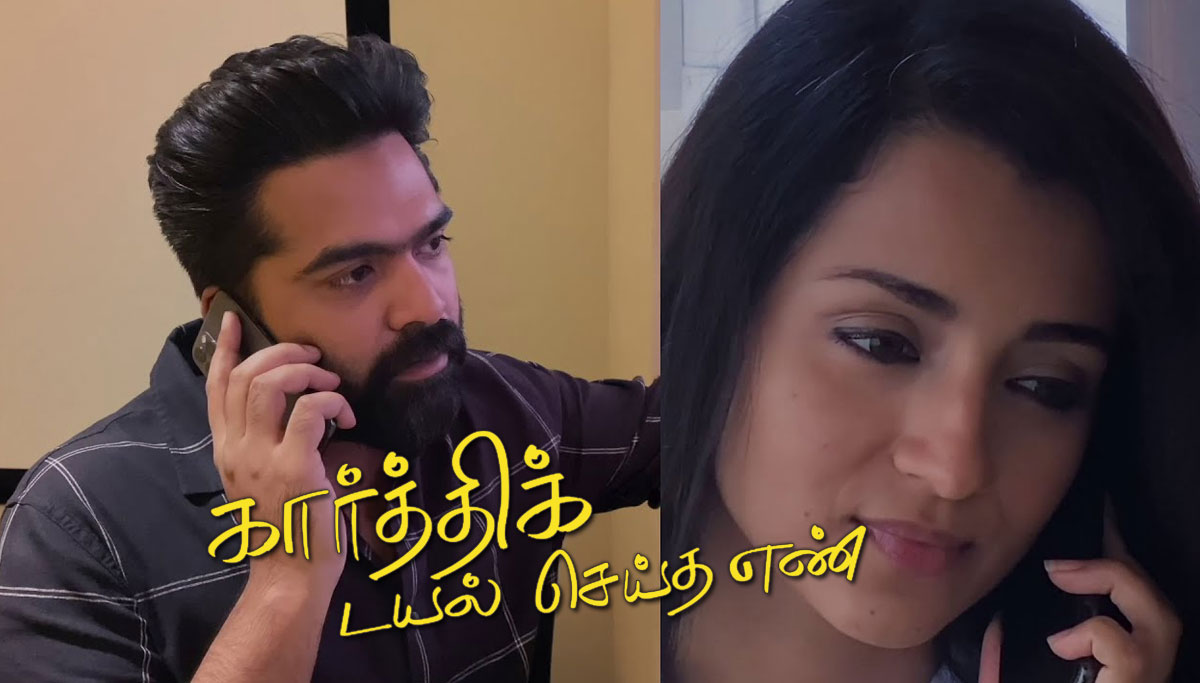 Simbu and Trisha reminiscing about Vinnaithaandi Varuvaaya amidst Lockdown via "Karthik Dial Seiydha Yenn" shortfilm: Lockdown made films to be a distant memory for every movie freak in and around the world. However, the movie industry people are proving themselves under a roof by creating short films without deteriorating social distancing ordered by the government.

Likewise, Gautham Menon released his blockbuster epic story as a short film a few hours back as they are at home in Lockdown. Actors Simbu and Trisha's Vinnaithaandi Varuvaaya was a box office hit and was a huge success among lovers in 2010 and after a decade, GVM unites the unended love story of Karthik & Jessie at this stage, he is currently worked on a short film based on the plot of the film with A.R.Rahman's musical.

Recently, fans celebrated the 10th anniversary of Vinayanandi Varuva's film on social media. Director Gautham Menon, actress Trisha and others shared their memories of the film. Fans also raised the question of when will the next part of Vinayanthundi Varuva be released?

Meanwhile, 'Karthik Dial Seiydha Yenn' short film's teaser was released by Ondraaga Entertainment last week followed by the release yesterday. Hyping the film with only Trisha in teaser under Ishari K.Ganesh production, the presence of STR in GVM's short film has become a heartthrob to all the Little Superstar's fans today.

The short film's story revolves at home in Lockdown, Karthi is trying to write a story for his next film. But nothing seemed to be on his mind. He takes the phone and dials a number. Trisha takes as Jessie on the other side. Hearing the voice of Trisha, the same Karthik's reaction who was seen in the movie Vinayanandi Varuva, again makes us smile. 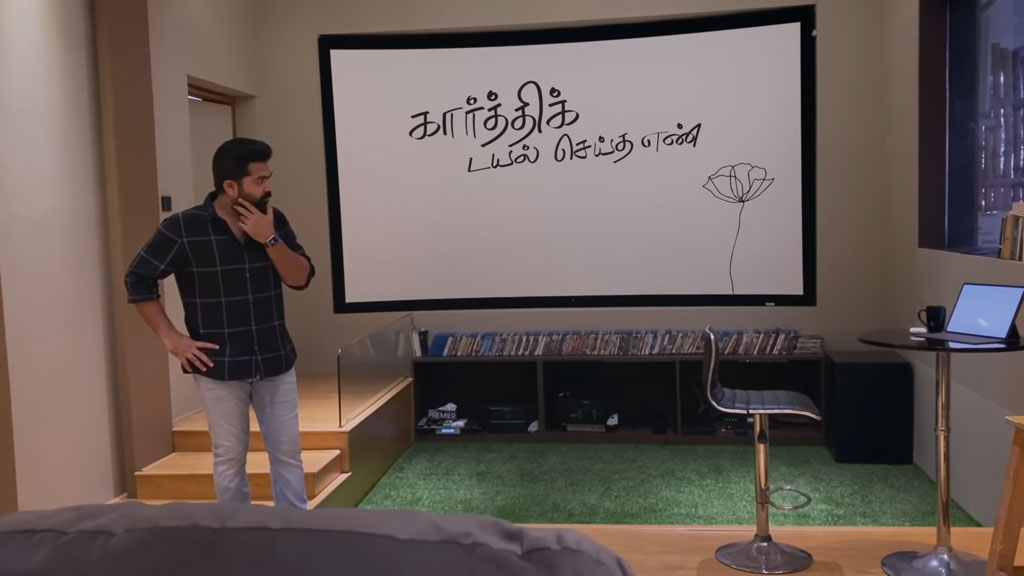 The conversation between them begins as "I arrived from New York just two days ago to Lockdown as there is no fear of CoronaVirus pandemic and reached Kerala to be safe. Karthik opens up about his feelings to Jessie and tells that he needs her no matter what.

But Jessie handles the romantic flaws in a keen way to Karthik and encourages him to write as many online streamers are there to help amidst lockdown". Moreover, Simbu and Trisha filmed the short film with the aid of Gautham Menon's tricks and tips to handle iPhone and shot 4K quality movies.