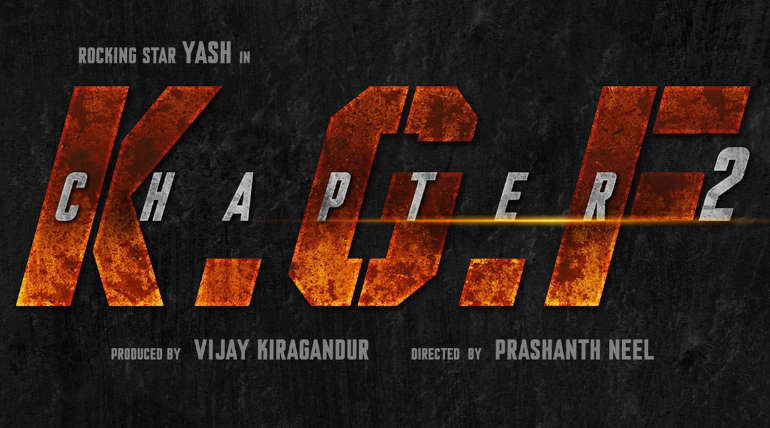 Satisfying all the expectation and acceptance by people of all languages, the Rocking Star Yash's KGF 1 has set a rage in Indian Cinema under the production of Vijay Kiragandur.

With all the flagship success history, director Prashanth Neel decided to hit the box office grossing once more with a leap of KGF Chapter 2 starring the same Yash and Srinidhi Shetty.

KGF 2 team has already revealed the epic actor Sanjay Dutt's character Adheera look hyping the expectation of KGF fans all over the world. Following this, Kolar Gold Field Chapter makers come up with an intriguing tweet of their KGF Chapter 2 film's first look poster unveil to be held on December 21 evening. Currently, many are waiting with anticipation for when the KGF-2 will arrive. The film's shooting began last May, and now the team entered the post-production stage with its posters.

KGF Chapter 1 ended with the rise of Rocky Bhai depicting from young orphan to the most desired gangster in the Mumbai city and beheading Garuda in Kolar goldfields acquiring the throne of KGF. But somehow there are still dead heads revolving to capture the kingdom of KGF and how Rocky, one-man army faces the death warrant by Prime Minister, and antagonists will be the plot of forthcoming KGF Chapter 2.

Though everyone seeks to enjoy the Christmas holidays with new movie releases all over, the KGF team reminisces and celebrates their unforgettable blockbuster Chapter 1 even after a year by the elated first look unveil of KGF second part on 21st December 2019.