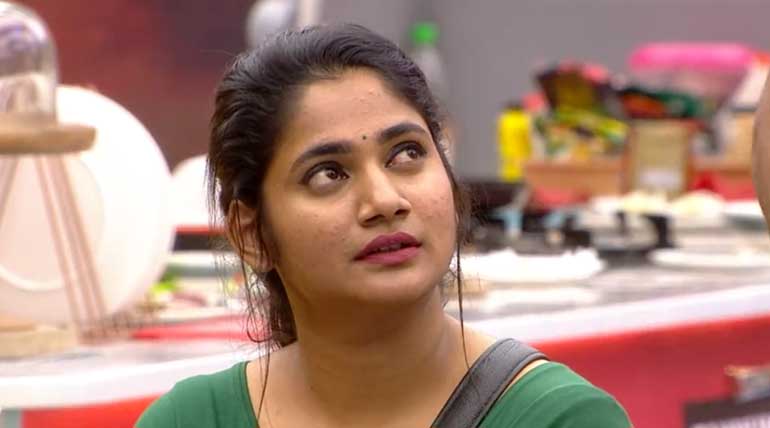 The expectation of some and many others wishing him not to leave the bigg boss 3 house is well building up steady until now. Losliya is all tears and shouts at Kavin while he is getting ready for leaving the bigg boss 3 Tamil house. On his advice to keep calm and concentrate on winning as he said, she seems to be also angry with him.  The much-needed hype of the organizers for their five lakhs is continuously got for the past two days.

There was not a hot topic better than the Kavin - Losliya relationship in the bigg boss 3 Tamil show. Since it is almost confirmed that Kavin may leave it today, the final interactions between the two are one that will be watched by millions. A part of it is now shown to increase its hype for today's show.  Kavin seems to get ready for leaving, and when confronted not to go, he advises Losliya to do just what he told.

To that Losliya, says she does not remember anything. Kavin brings her family photo and tells her to see it to remember everything. Losliya once again cries and says, and it is only for them she is continuing in the show.

Final Kavin - Losliya showdown may be exciting to millions today

The last showdown of the Kavin-Losliya relationship will be much-awaited part of today's bigg boss 3 show to millions.  There are various opinions and talk about what will happen today and also about the remaining last days without Kavin in the bigg boss 3 house. For people to forget the day to day worries and involve in entertainment to be happy is well done by bigg boss 3 so far.  It will continue for the remaining days also with or without Kavin.