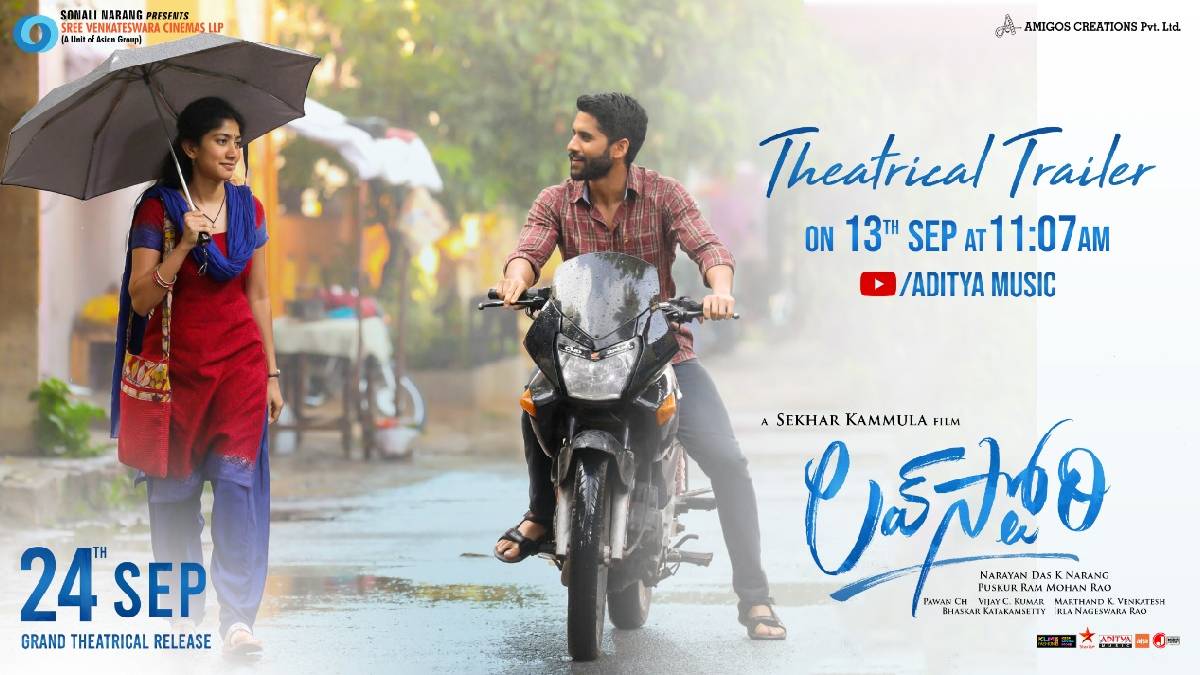 Telugu film love story team has released the trailer of the upcoming film Love story. The trailer is come out very well with the touch of love, romance, dance, arguments and fights.

Director Sekhar Kammula has already captivated the young audience with his movie Fidaa, starring Sai Pallavi and Varun Tej.  And now, he is stepping into another dimension of love. Fidaa is still the favourite film of many, not only for Telugu fans but also for others. The film wrapped the concept of love, family, love fight, misunderstanding, and especially the depth of long-distance relationships.

And now the upcoming film Love story trailer is released. The trailer says the entire plot of the film in few seconds. Dance is the foundation of the film. The trailer projects where the hero and the heroine belong, what will happen, and what made them meet and fall in love with each other. The hero wants to set up a dance studio, whereas, on the other hand, the heroine wants to be a software engineer—the two fall in love but objections peak from the family side.

Already the songs have become big hits and well reached among the public. The background score seems to be a big asset to the film. The film is with expectations as a pairing, and the concept is interesting among the youngsters.

So happy to be finally putting this out… Can’t wait to see you all at the theatre’s again!