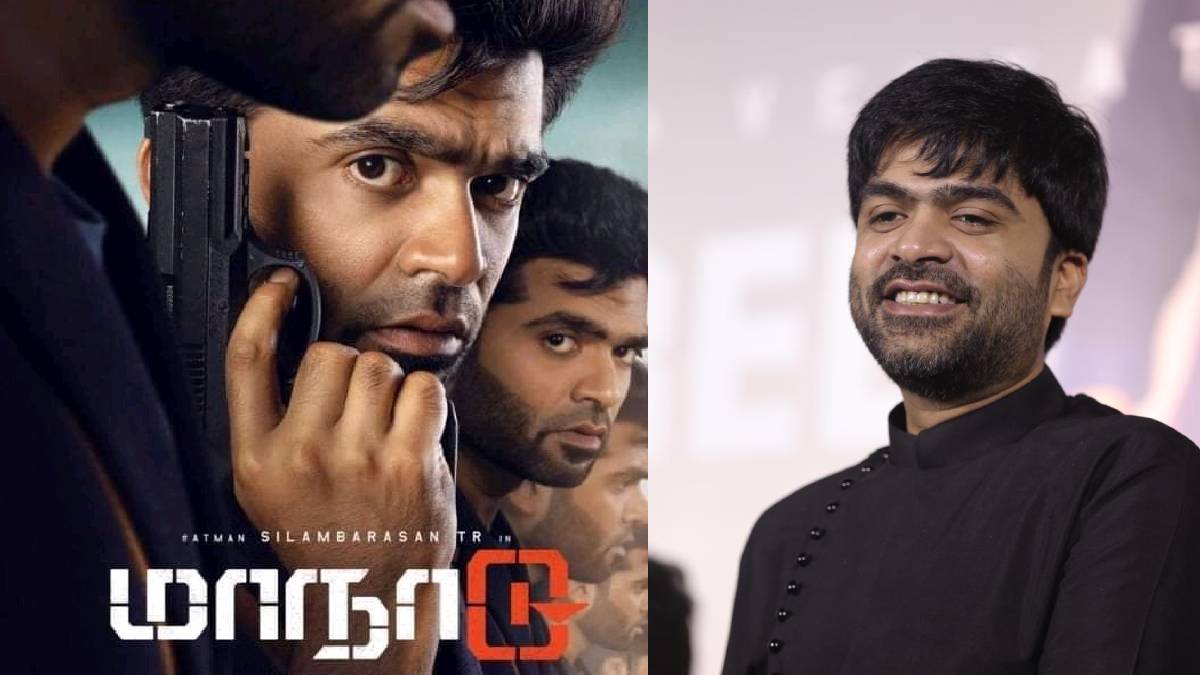 The audio launch event of the Maanaadu Tamil movie starring Simbu was held in Chennai today. The event was funfilled, and in the end, it turned out to be an emotional one by actor Simbu's tears.

Maanaadu is an upcoming film directed by Venkat Prabhu and starring Silambarasan. STR, SJ Surya, Manoj, Kalyani Priyadarshan, Premji, Karunakaran and many others has done the lead role in the movie. The movie should have been released on Diwali, but it was postponed due to many problems.

The music of the Maanaadu is come out well with Yuvan Shanker Raja, and the movie is produced by Suresh Kamatchi. Ignoring the heavy rain, STR fans came to the Maanaadu audio launch event today. The event was well organised, and all the important personalities were present.

In the audio launch, Simbu addressed his fans, saying that,  'It has become a regular occurrence for my films to get into trouble. They make a lot of trouble around. But it is known that this film can be made only by a producer who can withstand such a situation.

That's when I told Suresh Kamatchi that you should take this movie. Only after facing so many problems, Suresh Kamatchi bring the movie. Yuvan is my favourite composer. As everyone said, he had already composed many good pieces of music for me. He will endure no matter how much trouble I give him."

In the end, STR said in tears. " I will take care of the problems, but you (fans) must take care of me." He also said that it would only be a movie for you when the movie is watched, but only we know how many problems we have faced. This made the fans go sad, and they all should that they will be with him and to be worried. After today's event, the fans' expectations and curiosity to watch the movie have increased.