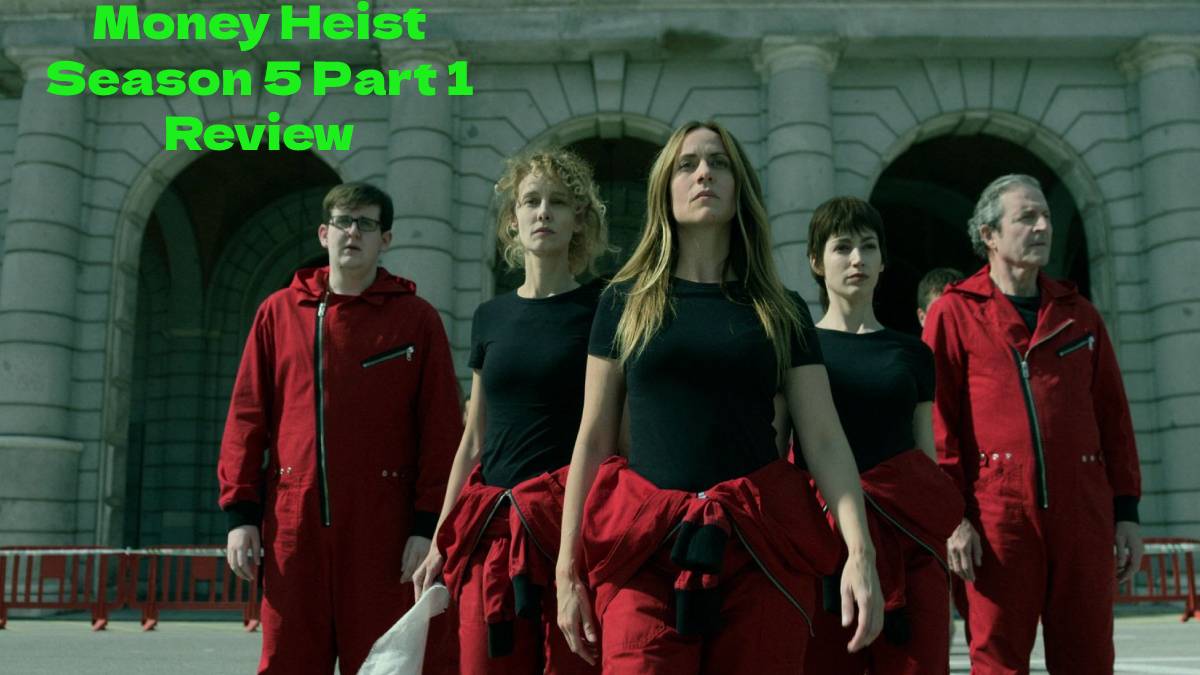 To put up Money Heist Season 5 Part 1 in compressed words, it can be only said. "it is an episode of action and emotion." All through part one holds only five episodes, the deliverance satisfies the viewers. It is not easy to unfold the necessary clips in a single part as it is the final season of Money Heist.

Money Heist Season 5 Part 1 comes up with goosebump actions wrapped with unsaid emotional background stories. While watching the Season 5 trailer, there arise so many questions on the new characters, and the answers are revealed with the emotional and thrilling season in part 1. The characters are made strong, and each character is forwarded with significant roles.

Hostages are also considered and given importance with action scenes in these episodes. The questions behind Berlin's existence in the trailer are also revealed in the first 15 minutes of the series. Berlin's son Rafael has been introduced in this season as a computer engineer, and he wished not to become like his father.

The wave of the father and son bond is projected unusually with a piece of unique advice. Berlin's acting is brilliant on-screen with smart talks and doozy activities. Berlin version of being a leader on his own is impressive at the same time, admirable. The role is Berlin is appreciated in Money Heist Season 5 Part 1. 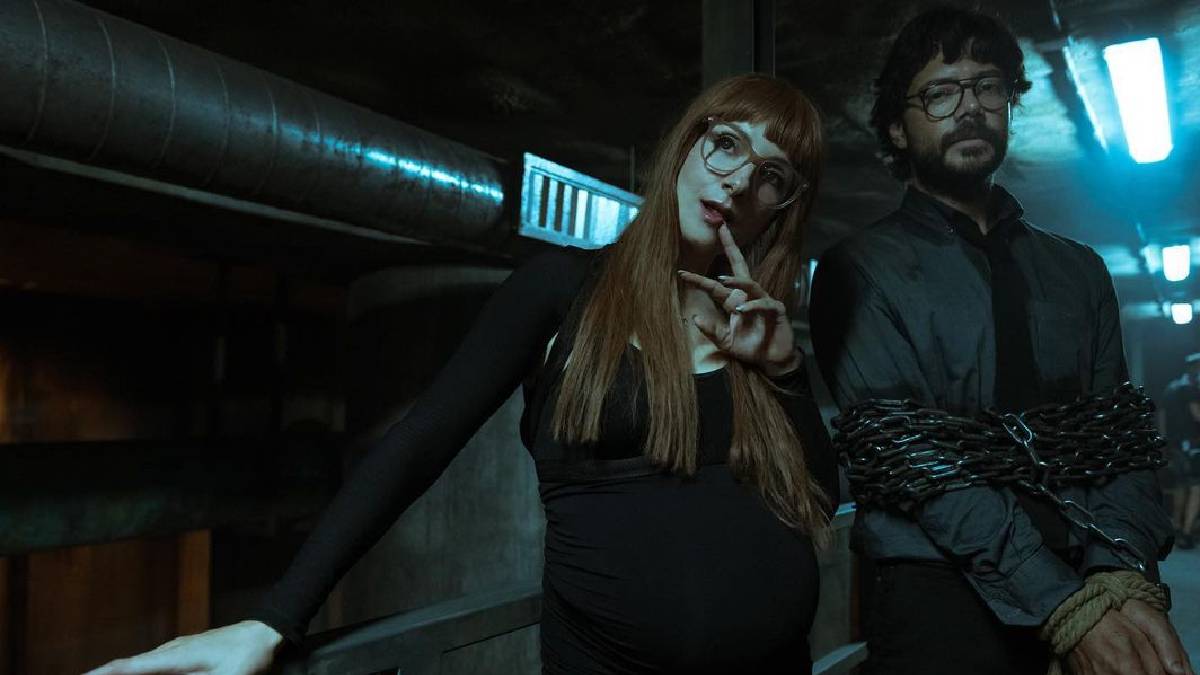 The professor, the mastermind of the entire plot, is making smart moves in this season too. He gets trapped by Alicia Sierra at gunpoint; that is where Part 4 ends and part 5 begins. Alicia is the main antagonist in Season 3 and Season 4. The other part of the story is what will happen next.

Tokyo is centred in this season 5 part one, and she is the narrator in this season too. Unsaid sides of Tokyo are shattered by pulling the strings of emotions. The rugged and happy time she has crossed and what made her hide from the people and mother are revealed here.  Part 5 has the connection with the Money Heist season 1 initial scenes of Tokyo.

How did Tokyo join with The Professor? What incident made her a strong woman? How does the relationship between Tokyo and Rio bloom? How Berlin and the Professor chose Tokyo to execute the plan of Royal Mint, which was planned for 20 long years? Why Tokyo falls in love quickly? What changed the meaning of her life?

All the above questions will be answered in this season 5 part one. In the early season, Nairobi gathered many fans for her role more than Tokyo. At the beginning of the season, it was hard to watch Tokyo and Helsinki in the absence of Nairobi. On a particular screen, Nairobi comes in the flashback scenes. 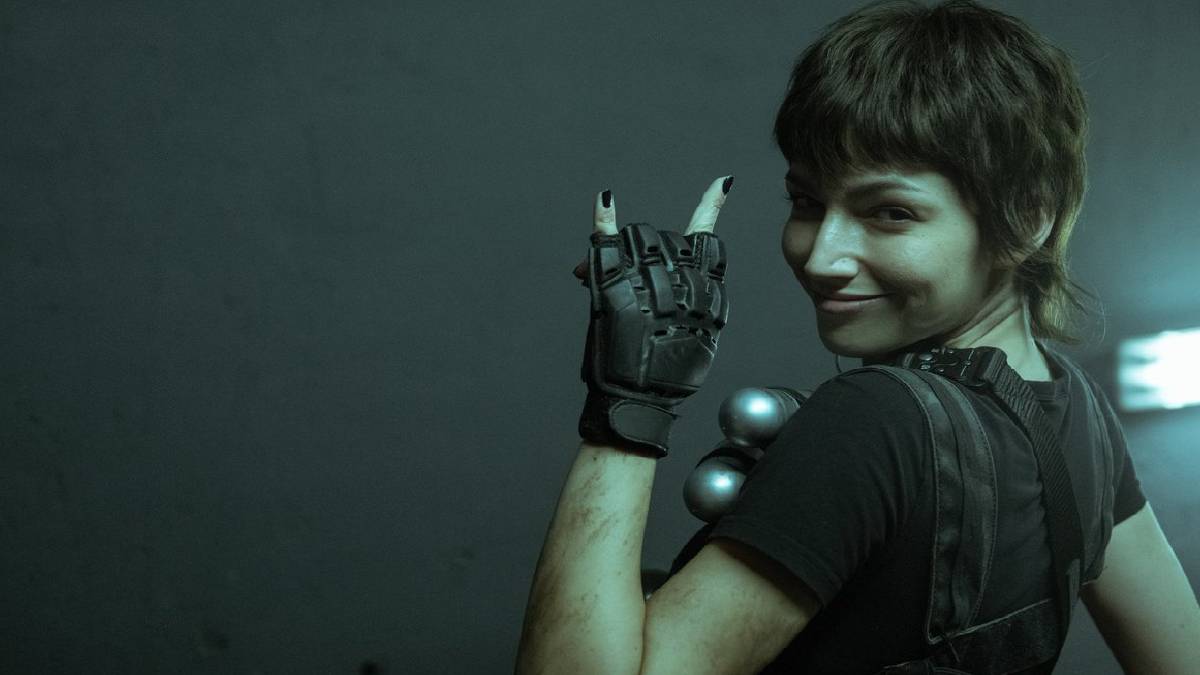 The role of Denver plays a major role in Season 5, part 1. Denver is screened more compared to Rio here. Character Manila has an unsaid connection with Denver in this part. Denver gives up his control by his anger in this season too. He gets fierce on Arturo than the army. Arturo's character will be galling in this season too.

Many memes were posted mentioning, "If Arturo is not killed in season 5, I will stab him". This meme showed how the role of Arturo is conveyed. Like the early season, the love triangle is between Stockholm (Monica), Denver and Denver will flow with the mess. The role of Monica is pathetic. She feels guilty for her activities, and her thoughts on her son Cincinnati will disturb her.

The hardest thing is season 5, part 1 also ends with many questions and with a sad tone. The answers will be cleared only in the conclusion part, which will be released on December 3. 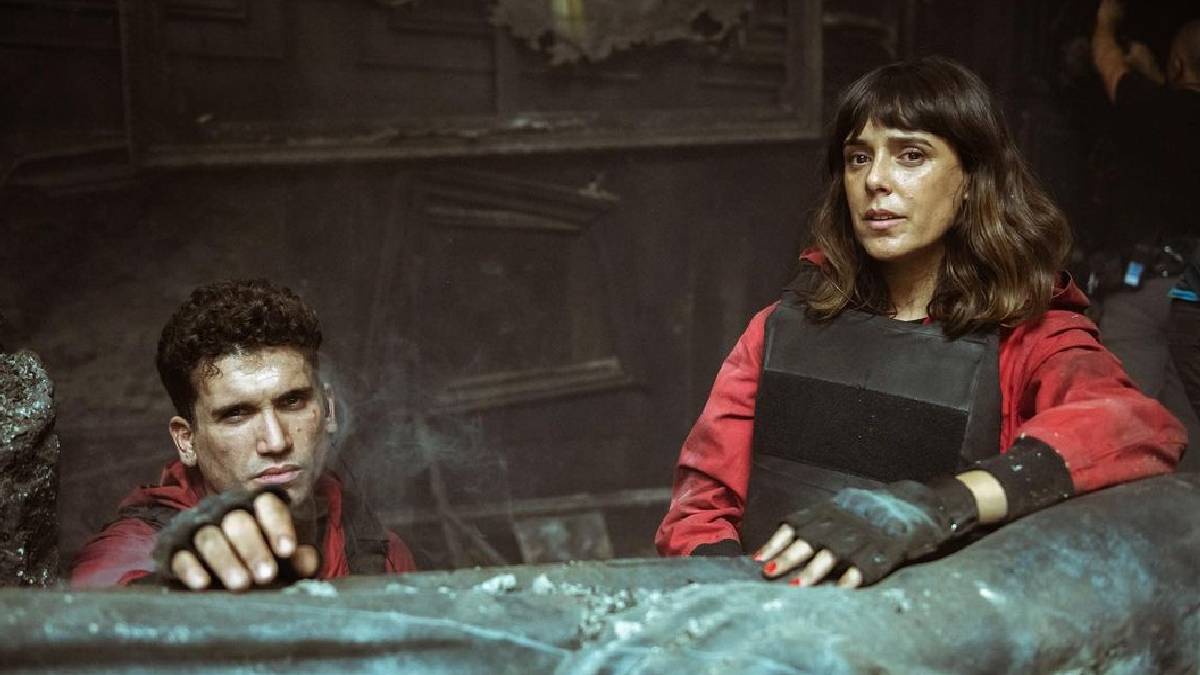 If you directly watch season 5, it is complicated to feel the emotion, and it is hard to understand the plot. It would be easy to understand the story if you have gone through the summary of Money Heist Seasons alone, but the emotions will be connected. These were the main negatives when you chose the shortcuts. Instead, watch Money Heist Seasons full episodes to enjoy the action, emotions and suspense.

Money Heist Season 5 Part 1 was released on September 3, as announced early. It is a must-watch web series that will be enjoyed with the experience of love, romance, action, thrill, Betrayal and twists.  Watch Money Heist Season 5 on Netflix on a subscription basis.