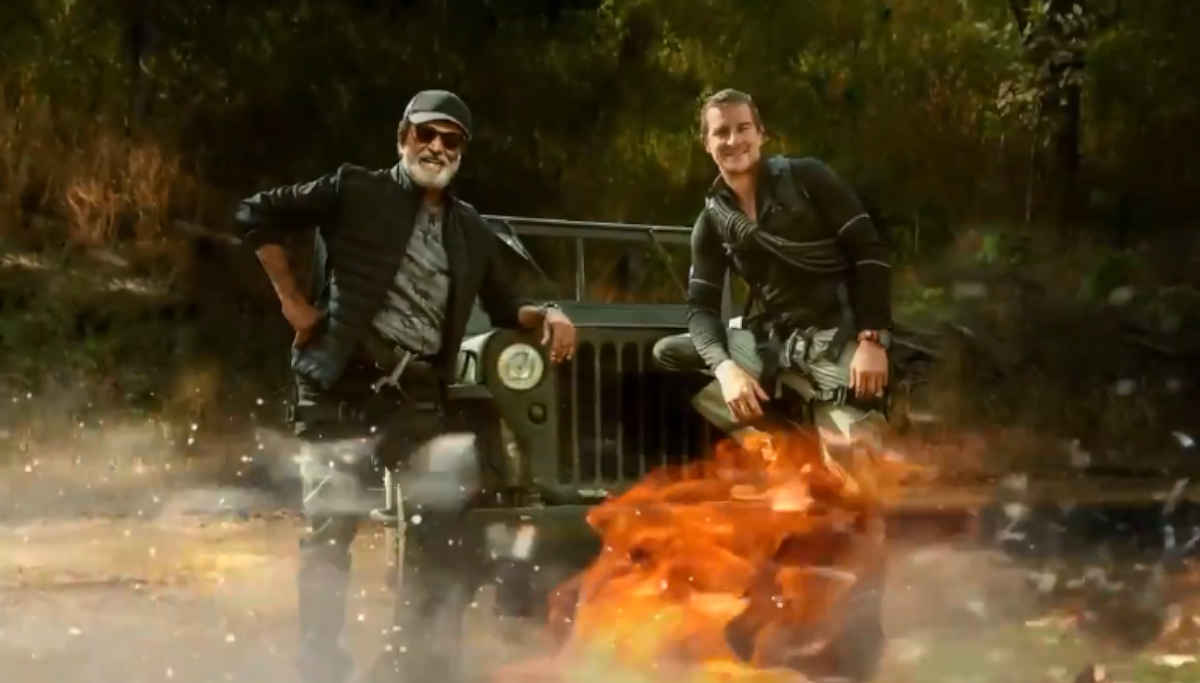 Into the WIld with Break Grylls and Rajinikanth

Rajinikanth's Into the Wild with Bear Grylls episode motion poster is out: Bear Grylls releases Superstar Rajinikanth's TV debut "Into the Wild" show's motion poster today. It is sure to trend in the social media with the fans already commenting on the hashtag #Thalaivaondiscovery now. The 15  seconds first look a prelude to the episode of Rajni's adventure into the Bandipur Tiger Reserve with Bear Grylls to be soon telecasted in the Discovery channel.

Bear Grylls teaser of 15 seconds is stunning with excellent BGM and a stylish Rajni with shades and a cap sitting on the bonnet of a wrangler along with Bear Grylls. As per the adventure theme, the background is with fire and flying debris. Bear Grylls, along with the teaser comments in the tweet that though worked with many stars, it was unique with Rajni and ended with love you India.

In January, Bear Grylls and Rajnikanth went into the Bandipur Tiger Reserve in Karnataka for the upcoming television series "Into the Wild" with Bear Grylls in Discovery India Channel. The episode is with the theme of Water Conservation for its first episode.

Bandipur Tiger Reserve is an 874 sq km national park that was formed in 1941 by integrating forest areas, which is about 220 km southwest of Bengaluru.

Last year February Bear Grylls took prime minister Modi to the Jim Corbett National Park in Uttarakhand, and the episode was telecasted in Discovery channel in August 2019.  Now Bear Grylls has chosen Rajni for this year's Discovery channel popularity in India. The Into the wild show is about survival strategies in extremely challenging conditions in the most remote conditions in the world.

While it was Modi last year for Bear Grylls to entertain viewers in the Discovery channel, it is Rajni this year. But his teaser now in his twitter handle is sure to create a flutter in the social media. The 69 years old Thalaivar's stylish appearance is going to be the talking point for his fans and the Tamil people now.