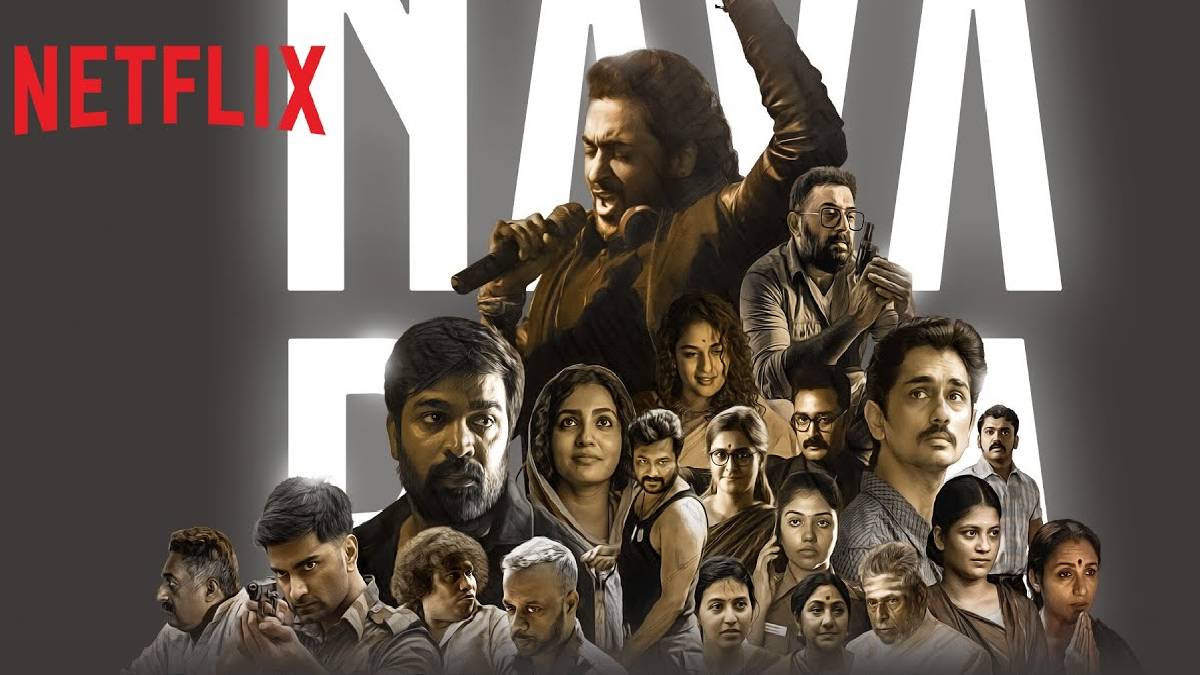 The most awaited web series Navarasa is scheduled to release today. This web series is going to create an impact on the viewers. The expectations and the excitement are increasing, and the wait is near. The first episode will be released at 12.30 pm on Netflix.

Navarasa is an upcoming Indian Tamil anthology web series created by Mani Ratnam, who collaborated with Jayendra Panchapakesan to produce the series under the banners Madras Talkies and Qube Cinema Technologies.

The cast and crew of this film are huge as the film merges many leady actors, actresses, directors, music composers, and cinematographers. It is a film that holds the nine emotions of human that happens in his life. The movie will make its best, and the directors have perfectly selected the actors to the emotion that they explored.

This web series is written by Pattukottai Prabakar, Selvaa, Madhan Karky, and Someetharan. Each category has different directors, music composers, actors, actresses, and cinematographers. It is not easy to project the nine emotions on screen as it should have a good storyline that perfectly sits on the emotion.

Gautham Vasudev Menon directed the emotion of romance Guitar Kambi Mele Nindru (Romance) with the leads Suriya and Prayaga Martin. Karthik has given a mesmerizing song, and Anthony did the editing part of this episode.

Thunintha Pin (Valour) directed by Sarjun KM, edited by Prasanna GK. Sundaramurthy KS takes over the music with the significant roles of Atharvaa, Anjali, and Kishore.

Summer of 92 (laughter) is directed by Priyadarshan with the lead roles comedy king Yogi Babu and Ramya Nambeesan. Malayalam director Priyadarshan directs this category with the music of Rajesh Murugesan.

This film is directed by Vasant Sai and acted by Ganesh and Rohini. This episode stars Delhi Ganesh, Rohini, with the young role Aditi Balan.

This category of the film is most expected as Karthik Subbaraj directs this film, and the film Stars Bobby Simha, Gautham Vasudeva Menon with the music of  Santhosh Narayanan.

Many thanks to Mani sir and Jayendra sir for #Navarasa. It’s heart warming to see Stars and Creators coming together for the welfare of the working force of the film industry, while providing us great entertainment. More than 11,000 families benefited. #NavarasaOnNetflix pic.twitter.com/Fg3FkaOZRp