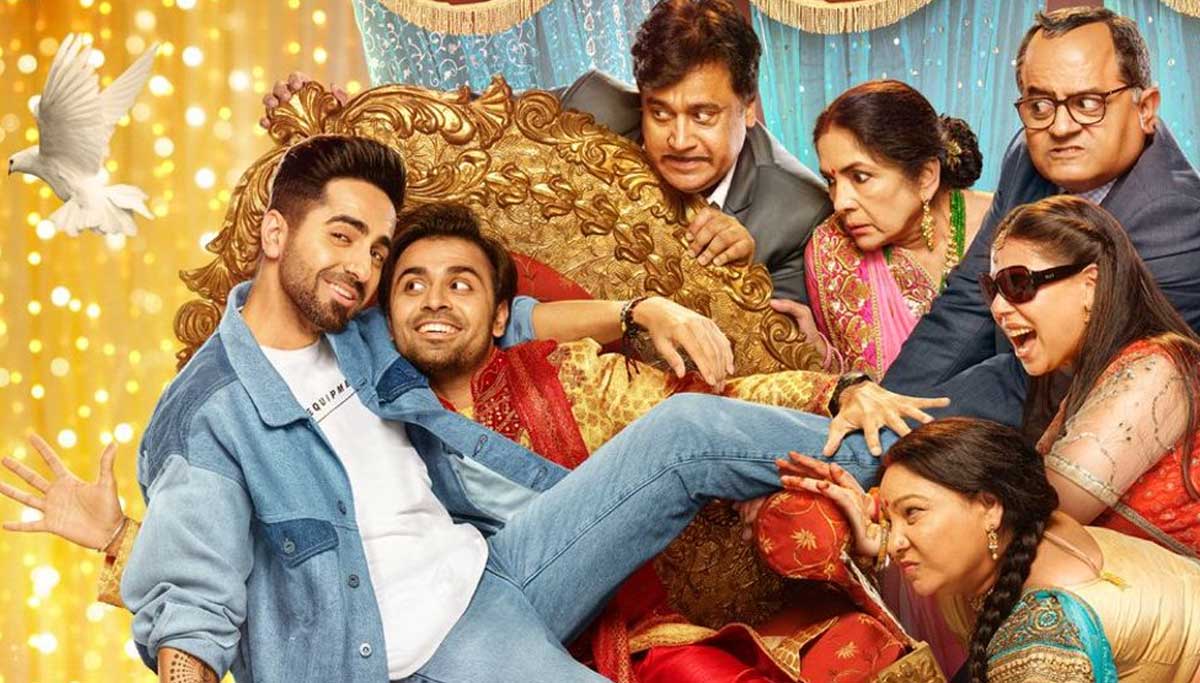 Shubh Mangal Zyada Saavdhan movie starring Ayushman Khuranna and Jitendra Kumar in the lead roles released today in theatres. Being rolled as a romantic comedy-drama, SMZS box office collection has been now drowned up by the act of Movierulz. Yes, the piracy masters leaked a few hours back, released movie Shubh Mangal Zyada Saavdhan's HD print online, making a heartthrob to the producers.

The movie story undoubtedly drives the audiences watching around with loads of laughter in the theatrical rooms. Shubh Mangal Zyada Savdhaan is a comedy-drama film following the romance between two men, played by Ayushman Khurana and Jitendra Kumar. This movie delivers a crucial message on homosexuality with a healthy dose of laughter.

Directed by Hitesh Kewalya under the banner of T series and Color Yellow productions, the film grosses box office setting an ultimate laugh riot persisting around the silver screens. Love blossoms between salesman Aman Tripathi (Jitendra Kumar )and Kartik Singh (Ayushman Khuranna). And, the two wanted to take their love life to the next level.

The decision made them travel Allahabad to get approval from the orthodox parents, and the rest happenings plot the SMZS. Kartik Singh never drew back after getting home, but Aman Tripathi slightly gets a fear of cultural disparities and regrets the love at some point.

The director holds the screenplay and characters, setting the audience to step into theatres for a fearless worth watching. Yes, the Shubh Mangal Zyada Sadhvaan's gay love story though approved by the government, sounds quite bizarre to the normal life handlers and the opening of the film with such a scene undoubtedly intrigues the audience about the plot and climax.

Overall, the movie sticks as a must-watch laughter grid for this weekend. But the Movierulz spoiled the whole word of mouth by the ruthless act of theirs, making every single penny invested by the producers to depict no use.