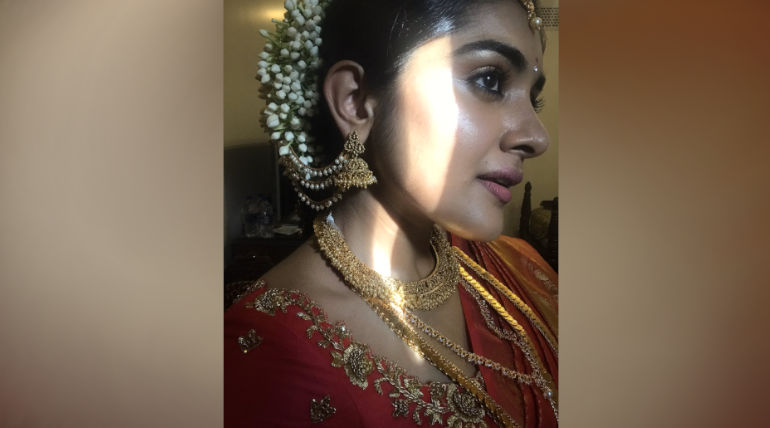 Nivetha Thomas on Darbar: Almost acted with all the big heroes in Kollywood like Vijay and Kamal Hasan; the chubby young actress Nivetha Thomas rages herself to the peak via A.R.Murugadoss's Darbar co-starring Rajinikanth as his daughter in the mainstream storyline.

Darbar's noticeable actress Nivetha Thomas tweeted recently on her Instagram page about the hard work involved in making a film. Adding fuel to the fire, Nivetha Thomas gets rolled over for her courageous talk on social media after witnessing her Darbar's power-packed performance as Valli on big screens.

The 24-year-old actress explores her maturity in apprising the people not to utter a word without thinking twice. Nivetha set the film making example telling with a single shot of 2 seconds took two flights, hours of preparation, a day shoot, and a night stay to complete. She added that an infinite number of technicians, people, management, equipment, and planning to make a film; She quotes film making to be a tedious and disciplined process.

The chubby actress invites every individual who utters the wrong mouth after watching a film to spend a day on the set. She also adds," the team has put in a lot of hard work. Though it's easy to say a cliche when you hear stuff often, take a moment to think of why they say it". It is said that the film has grossed over Rs 200 crore in eight days. Darbar is making 5th movie to gross 200 crores with Rajinikanth starring in it.

Critics said Murugadoss had left the story in an attempt to portray Rajini as a young and mass actor. Many also said that it was impossible to believe that Murugadoss, who gave the image of Ramana, had directed Darbar.

This critic reviews may feel heartbroken the actress to counsel such a post in social media as every job has thick and thins. She humbly requested the media goers to enjoy a film for the experience wholeheartedly.