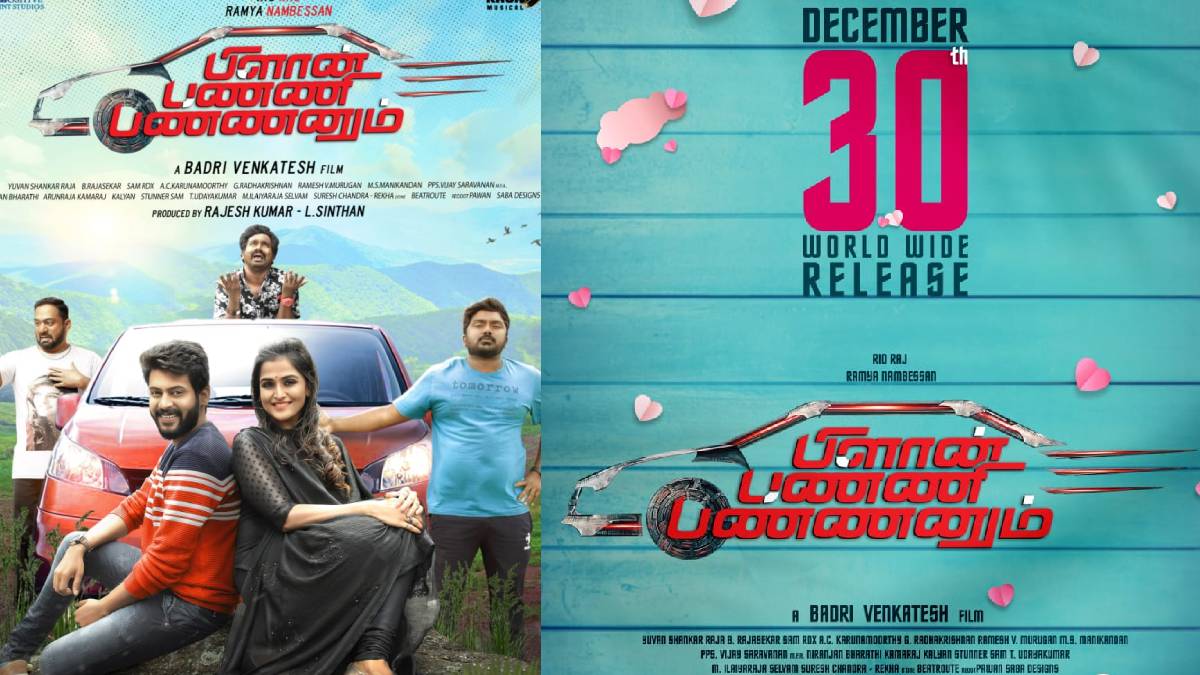 Plan Panni Pannanum Tamil comedy movie directed by Badri Venkatesh produced by Rajesh Kumar and Sinthan L is scheduled to release on December 30 worldwide. The film will be a family entertainment as it holds many comedy actors.

Vj Rio and Remya Nambeesan are doing the lead roles in this movie Plan Panni Pannanum. Rio as Vj gathered many youngsters hearts by his way of talks following that his appearance as a contestant in Bigg Boss Tamil 4 gained him even more fans.

The music is tuned by Yuvan Shankar Raja. The production of this Tamil movie Plan Panni Pannanum began in October 2019. The movie is shot in Chennai, Vagamon, Idukki and Gangtok. The movie was expected to be released in September 2021, but it was delayed due to uncertain situations. And now the movie crew has confirmed its theatrical release on December 30.