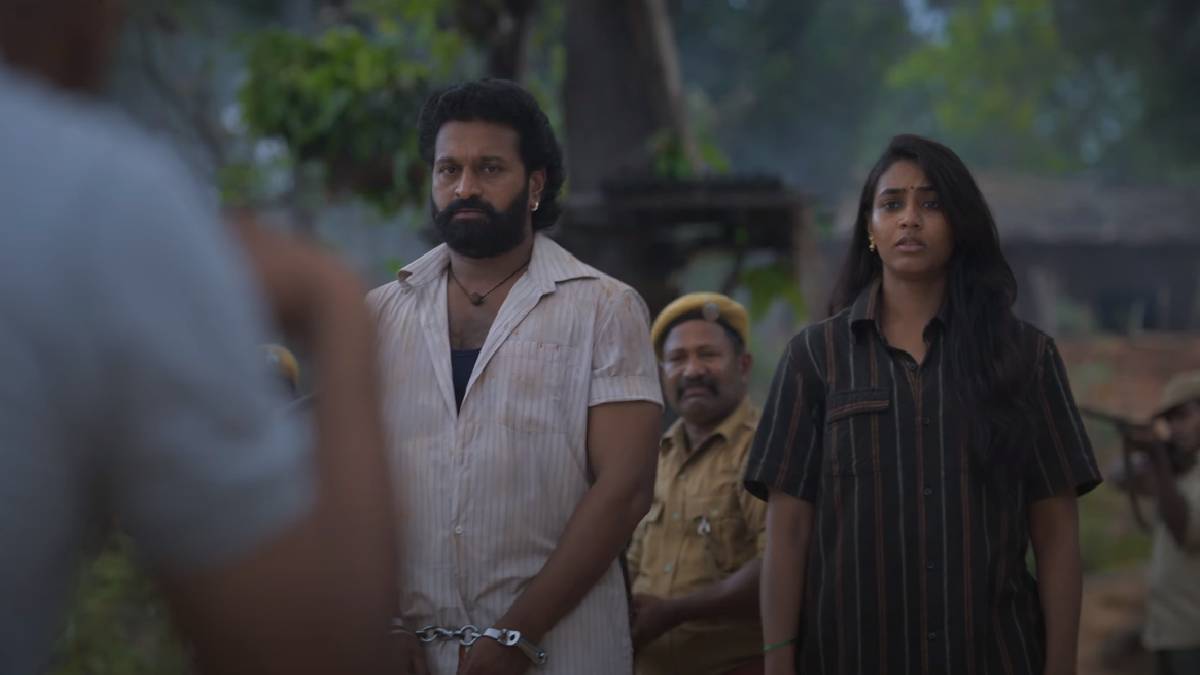 The recently released Kannada movie Kantara was a huge hit and was well-received by the audience. Kantara was dubbed in Tamil, Hindi, Telugu and Malayalam this week and was released on October 16. The film is currently receiving rave reviews in the media. Tamil, Hindi, Telugu and Malayalam are giving more positive comments and appreciating the film.

In 1847, a king in Kannada territory went into the forest in search of peace. Seeing the people living there worshipping God together, he gives them large tracts of land. After this, in the 1970s, a descendant of the king wanted to reclaim the lands.

But the goddess there warns him, and he dies. After this, in 1990, a farmer wanted to take away the same land from the people. On the other hand, the forest department says it will evict people by measuring reserve forests. The rest of the film's story is about what happened to the deity that the people worshipped.

The direction of Kantara is made by combining the land politics in the triangle of the government administration, the land owners and the tribal people.

The close-to-reality habitats, the cultural culture of the tribal people, and the hunting industry, etc., are so admirable. The way the final scene is recorded depends on the topography of the people and is enjoyable. Watch Kantara full movie in theatres, and it will be a memorable film. It is worth watching the movie.

Rishab Shetty's acting brings the film to life and enhances the scenes. Especially his performance in the final scene and the accompanying performance are the epitomai of a masterful artist. Kishore is a grumpy forest officer. All the characters have done justice to the roles in the entire film.

The graphics, music score, artwork, combat, and sound design contribute to a great visual experience. Arvind Kashyam's cinematography adds to the beauty of the screen.