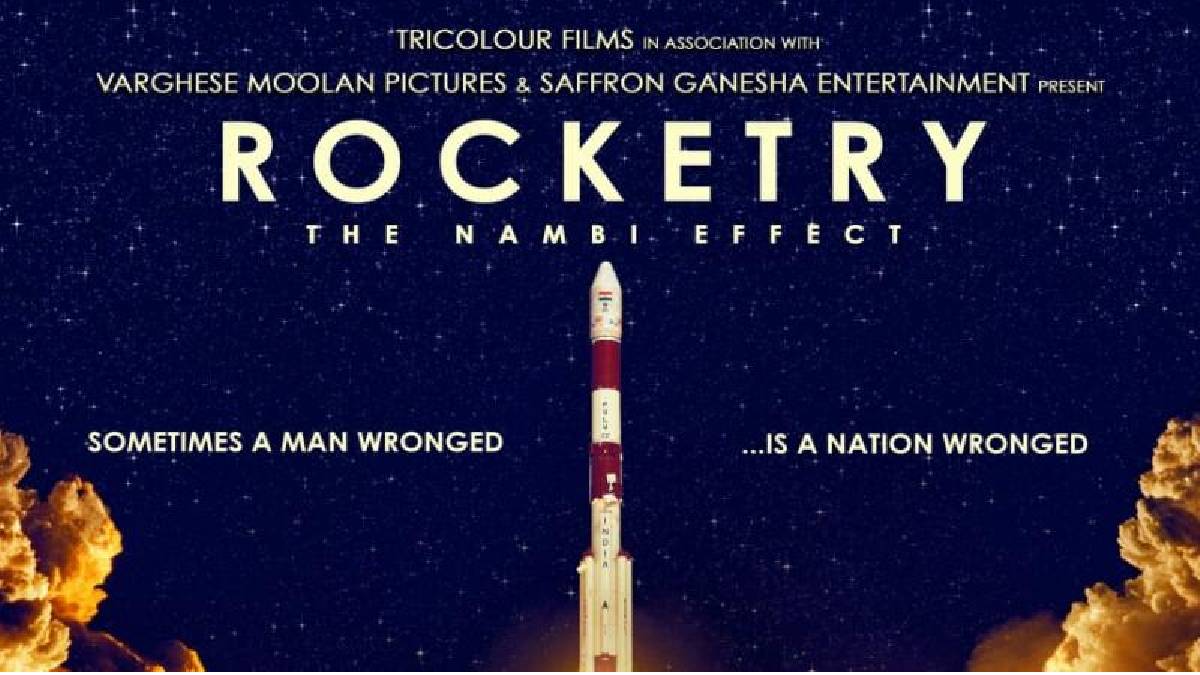 Rocketry: The Nambi Effect (2021)  a debut directorial movie of Madhavan, has an update on its trailer release today.

The movie trailer has been released in languages, namely English, Tamil, Telugu, Hindi, Malayalam under Tricolour Films India on Youtube.

The movie is the bio picture of S. Nambi Narayanan, an Indian scientist and aerospace engineer, and Padma Bhushan award winner. As a senior official at the ISRO, he was in charge of the cryogenics division.

In 1994, he was falsely charged with espionage and arrested. The CBI dismissed the charges against him in April 1996, and the Supreme Court of India declared him not guilty in 1998.

In this movie, the role of Nambi Narayanan is amazingly played by Madhavan, and Simran plays the wife role. Surya introduces Madhavan as a Cameo Journalist in the Tamil trailer, and Sharukhan's the part of Surya in the English and Hindi trailer.

The trailers showcase Arrogance, manipulatives, and patriotism. And questions Was the nation's ignorant? What would have destroyed him?

The trailer's visuals are explosive, with fires and dark. The movie is shot in across India, Princeton, Scotland, France, and Russia.

Madhavan with a white beard aged look and his performance conveys that he almost lived as Nambi Narayanan in the film.

The trailer has received a wide range of responses coming continuously by appreciating the effort made by Madhavan. The celebrities of the Indian Film Industry are tweeting a positive note for this film.

Mind-blowing!!! Amazed and in awe with what you have pulled off with so much passion! @ActorMadhavan I feel fortunate n proud to have been a part of this Gem!