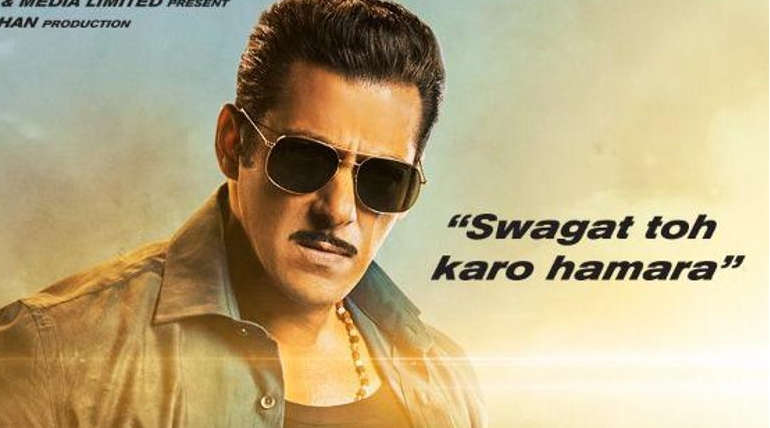 Salman Khan speaks about Prabhu Deva's directorial skills in Dabangg 3 press meet in Chennai: Kotapadi J Rajesh of KJR is releasing two big films on 20 December in Tamil Nadu. One is the Siva Karthikeyan movie Hero, and the other is Tamil dubbed Salman's Dabaang 3. He is the distributor of it in Tamil Nadu and conducted a press meet recently with most of the Dabangg 3 crew on stage.

Salman Bhai and Prabhu Deva, along with Salee Manjrekar and Sudeep, participated in the event. The press meet started with a casual conversation between the crew members of Dabangg 3. As usual, Salman, with his bold, commanding voice, took over the center stage and marketed the movie well for the Tamil audience. Also, with some useful insights by the talented director of the film, Prabhu Deva which was the highlights of the meet and included

Salman said he had come to Chennai even when he was a model and loved the Fisherman Cove near Mahabalipuram and also shot one Hindi film with actress Revathi there. Dabangg 3 required a stylish director like Prabhu Deva to live up the Dabangg expectations of machismo, heroism and many others. Prabhu Deva was able to start Salman's next movie Radhe within four days of completing shooting of Dabangg 3 shows caliber, said Salman.

Know Rajni for a long time, and he will visit his father Salim Khan many times, and Salman said he loved him. Prabhu Deva said there were plans to make Dabangg reach even in South India, and it was Salman's idea from the beginning.

KJR should be a happy man now, with two of his big movies hitting across Tamil Nadu simultaneously on 20 December. Will both make him more prosperous and more satisfied after the release or which one will make it most have to wait until 20 December to find out.