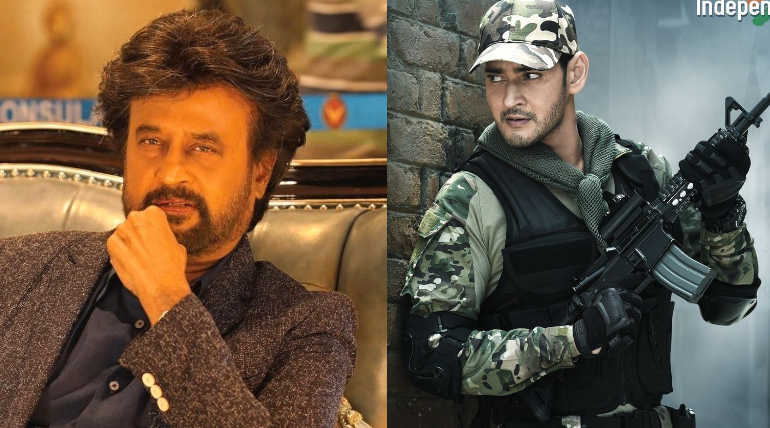 Petta faced a lot of theatrical issues in Nizam and surrounding Hyderabad regions with the Telugu film industry in 2019. But now, A.R.Murugadoss directorial Darbar will get sufficient screens in 2020 under the banner of Lyca productions and Dil Raju distribution in Andhra circles.

Mahesh Babu's Sarileru Neekevvaru and Allu Arjun's Ala Vaikunthapurramlo are the two big films that are all set to roar in the Telugu screens for this Sankranthi on January 11 and 12,2020. But Thalaivar's Darbar scheduled to release on January 9th on the south Indian theatres of Tamil, Telugu, Hindi, and Malayalam.

The biggies are touting rounds around the buzz before blasting in screens through their first looks, trailer, and songs to induce the fans to step into the theatres.

Darbar is a Tamil language film starring Superstar Rajinikanth as Aditya Arunasalam, a police officer. Actor Rajinikanth is acting as a police officer after 26 years. Actress Nayanthara, after Chandramukhi and Kushelan, reunites with Rajini, the young composer Anirudh composes 'Chumma Kizhi' music for the second time after giving Marana Mass songs in Petta.

Superstar Rajinikanth fans are celebrating the Darbar trailer on social media. Rajini's talking dials have been posted on social media by fans, saying, "I am indeed a villain" and "I am a bad cop."

On the other hand, Telugu Superstar Mahesh Babu's Sarileru Neekevvaru co-starring Rashmika Mandanna helms promotions of its teaser and songs enthusiastically to mint it up in the ticket counters.

Recently, the Sarileru Neekevvaru team Directed by Anil Ravipudi, stars Vijayashanti, Pradeep Rawat, Hari Teja, Prakash Raj in the leads. The team has released a song 'He is so cute' composed by the music director Devi Sri Prasad as a lyrical video with intriguing stills of romance and cute fights twirling between Rashmika and Mahesh Babu as a peppy song. Mindblock and â€˜Suryudivo Chandrudivo lyric videos of the same film have received well by the audiences.

Let us wait to witness the fiery screens of both the Superstars on the Pongal holidays as blockbuster openers for the epic actors Rajinikanth and Mahesh Babu.