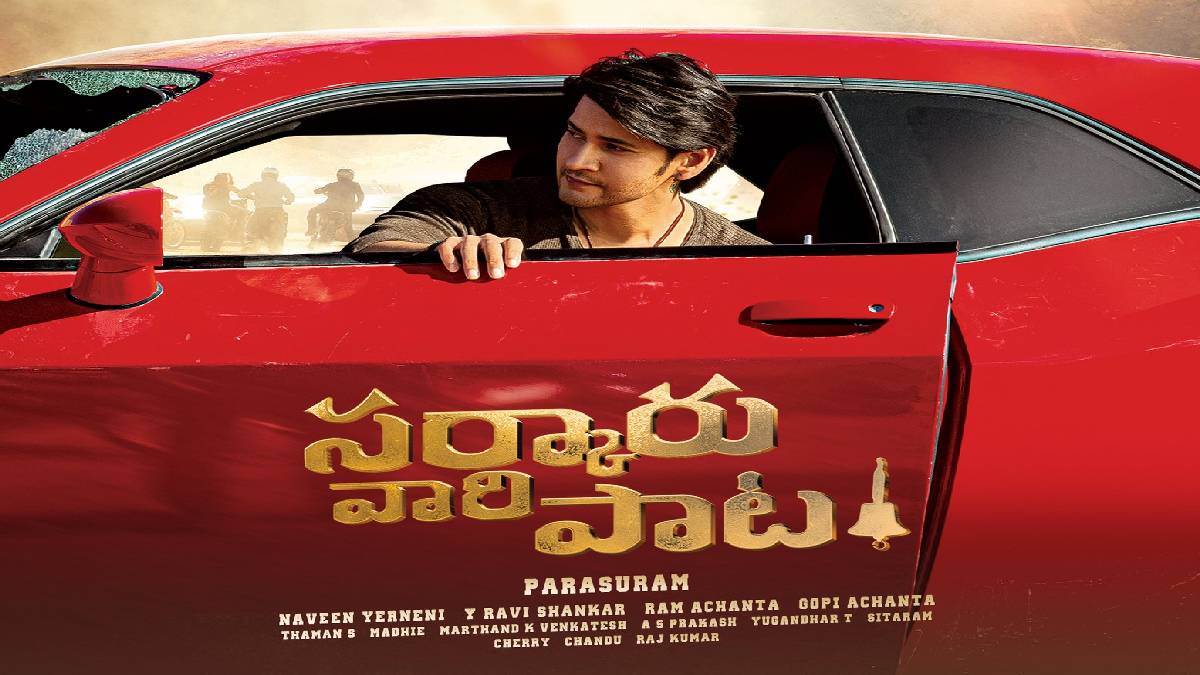 In fact, the movie unit announced the release of the 'Sarkaru Vaari Paata' teaser on August 9 at 9 am, but the crew was surprised a few hours before that. The movie team released the video at midnight, calling their song Blaster and made surprised the fans. The video, which is one minute and 16 seconds long, is a visual treat for Mahesh Babu and Keerthy Suresh fans.

The Sarkaru Vaari Paata birthday blaster is an absolute visual treat with actions and comedy. Keerthy Suresh is stunning and gorgeous as always, with a homely look. The heart is bounce for Keerthy Suresh fans.

In this movie, Mahesh Babu will be seen in the role of a bank manager. On the other hand, it is reported that Mahesh Babu will also be seen in another role with an action sequence. Keerthy Suresh will also be playing the role of a bank employee. When it comes to the story of this film, this film is coming with a social message which must be known for all common people. It is said that the plot of this film revolves around scandals in the Indian banking sector.

It is expected that Mahesh is playing the role of the son of a bank manager. The storyline will be how he got back the money from a businessman who evaded billions of rupees and lost the scandal that befell his father. It is very eager to know the concept and the plot of the story after watching the birthday blaster.

Parasuram directed this upcoming film Sarkaru Vaari Paata and produced by  Naveen Yerneni, Y. Ravi Shankar, Ram Achanta, Gopichand Achanta under the banners of Mythri Movie Makers, 14 Reels Plus, G. Mahesh Babu Entertainment. S. Thaman handles the music with the cinematography of R. Madhi. The film is scheduled to be released on January 13, 2022. The blaster video that was released has aroused curiosity among the fans, and the film has massive expectations.