Selvaraghavan Plan for a Historical Strike Again After Ayirathil Oruvan 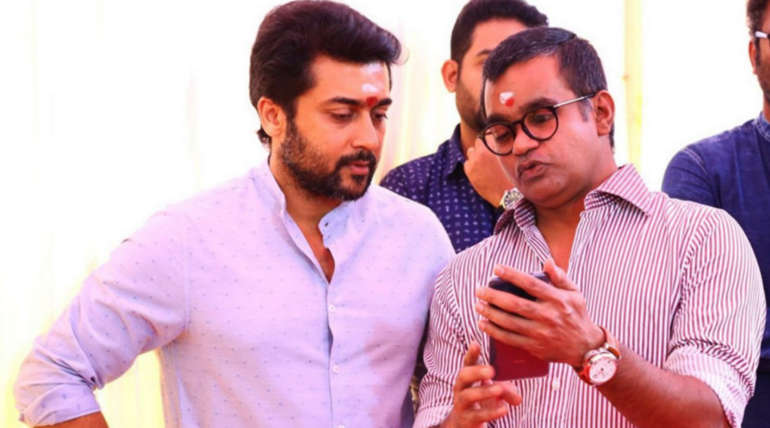 Selvaraghavan with Suriya on NGK Sets

Selvarghavan is identified as the mastery of unpredictable scripts in Kollywood. He has made a notable platform for various actors by perfectly extracting their acting skills irrespective of their experience. He kept himself away from the commercial track and took enough time to bring out profound scripts. The impressions of his films are indestructible over the period. His movies effortlessly made to empathy an uncommon man and he did a perfect justification for every peculiar role.

His film Ayirathil Oruvan was a massive historical adventure. He gained a lofty admiration for his daring attempt. The film was an eminent depiction of the culture of ancient Cholas. Kollywood is treasured with directors who are responsive in picturing Tamil historical tales to the audience in the current trend. Selvaraghavan expresses that picturing the epic â€œPonniyin Selvanâ€ was his dream. He says director Manirathnam has already initiated the making of Ponniyin Selvan and he is planning to work on screening the novel Udayar.

In an interview, he mentioned that he worried about the first part was not a grand success, but again by seeing the support of people, it is happy. The second part is a big anxiety. He told that he will try if Karthi and Suriya will be nice but they should ask for it. It will be better if it happens. He reveals that the Udayar will be a high budgeted film than Ayirathil Oruvan with a magnificent set. While fans are already inquisitive about NGK release and are anticipated for its startling blow.

Selvaraghavan Plan for a Historical Strike Again After Ayirathil Oruvan