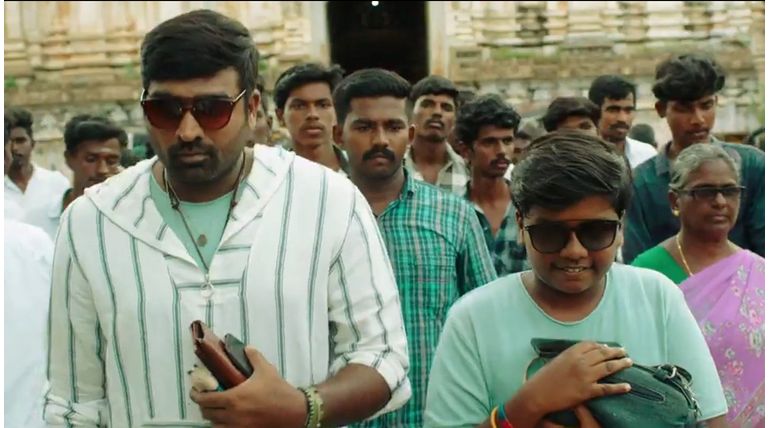 Vijay Sethupathi led Sindhubaadh which is supposed to hit on screens on June 21st delayed due to the financial tussle between producers. This has been sensed with the delays in advance booking in many theatres and less than expected promotions. It is stated that the Baahubali movie producers Shobu Yerlagadda and Prasad Devineni (ARka Media Works) have given theatrical rights to Sindhubaadhâ€™s producer Rajarajan. It is an open book that the movie has shown fantabulous response but the mutually agreed Financial commitment was not executed. As per the contract, Rajarajan should pay Rs 28 crore but has released only Rs 12 crore and failed to clear the dues remaining.

While the next hearing in court was scheduled on 24th June, the makers seem to have sorted out the issues and the film is now set to release worldwide on Saturday. The producer, however, tries to release it seeking another producers' support, nothing worked out on the earlier scheduled release day. Theatres refuse to share space for this movie in their slot-chart, unless there is a green signal from Digital Content Providers (DCP). Industry tracker Sreedhar Pillai too tweeted about the delay in advance booking. Left with no option to recover money the Baahubali producers filed a case against Rajarajanâ€™s two upcoming movies Ennai Noki Payum Thota and Sindhubadh.

It was expected not to get No Objection Certificate (NOC) from DCPs as still, the court proceedings are going on. There was a total uncertainty atmosphere about the release date and now things looks comfortable for release. Nonetheless, YSR films a partner of K productions has filed a petition at Hyderabad. Due to the delay, most of theaters released other movies and now the sudden positive sign left no idea how many theaters will release the film. The movie is directed by SU Arun Kumar and music directed by Yuvan Shankar Raja and Anjali paired with Vijay Sethupathi.