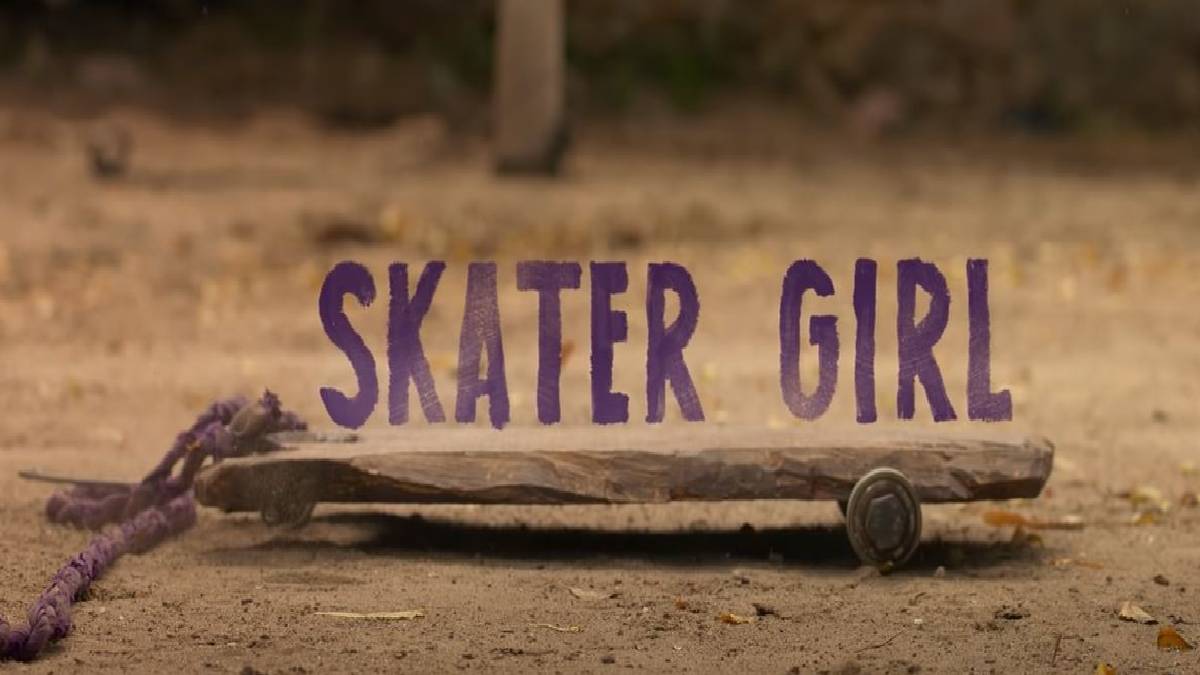 The Skater Girl Movie trailer is released officially on Netflix. The movie is scheduled to release on June 11.  The film screened in a  way that shows one small step can change the course of someone’s life.

The trailer has received a wide range of positive reviews as the movie spaces id taken over by the children from the rural village of Rajasthan. Moreover, it showers the ideology of a girl who wants to fulfill her dream to skate.

The trailer views the importance of the foreign lady who comes to the village and encourages and helps the children. The lead role is handled by Rachel Saanchita Gupta, who is already acted in Aghatit. Her acting in this particular film with a neat simplicity nailed her performance.

The story is inspiring because it is an attempt to bring skating to India. The kids will show their Bearing cars to the foreign lady, which seems like a Skating board. She introduces the word Skateboard to the children, and that is where the journey begins.

The story is inspiring because it is an attempt to bring skating to India. The kids will show their Bearing cars to the foreign lady, which seems like a Skating board. She introduces the word Skateboard to the children, and that is where the journey begins.

Amy Maghera, a British actress, has taken the role of a foreign lady. She crosses the hurdles to support and encourage the little ones to achieve their dreams. Amy and her friend will teach and guide them to skate.

The children will be skating in the street with enthusiasm and joy, but that will turn out to be a nuisance to the villagers. There comes a astrict voice saying, "Kids cannot be skating like that in the middle of the streets."

This pops up with an idea to build a skate park in the village. And the children will come forward to help in the construction, which is a forward step to set their dreams. As planned, a skate park will be built to get trained and to play.

Rachel Saanchita Gupta will face a situation where her father asks her, "Why are you playing with things meant for boys? Is this what we gave taught you?"

How and what did she answer these questions is the traveling plot of the story. "When asked Why do you like skating so much?" she replies, "I feel I like Belong. There is no one to control me, no rules to follow."