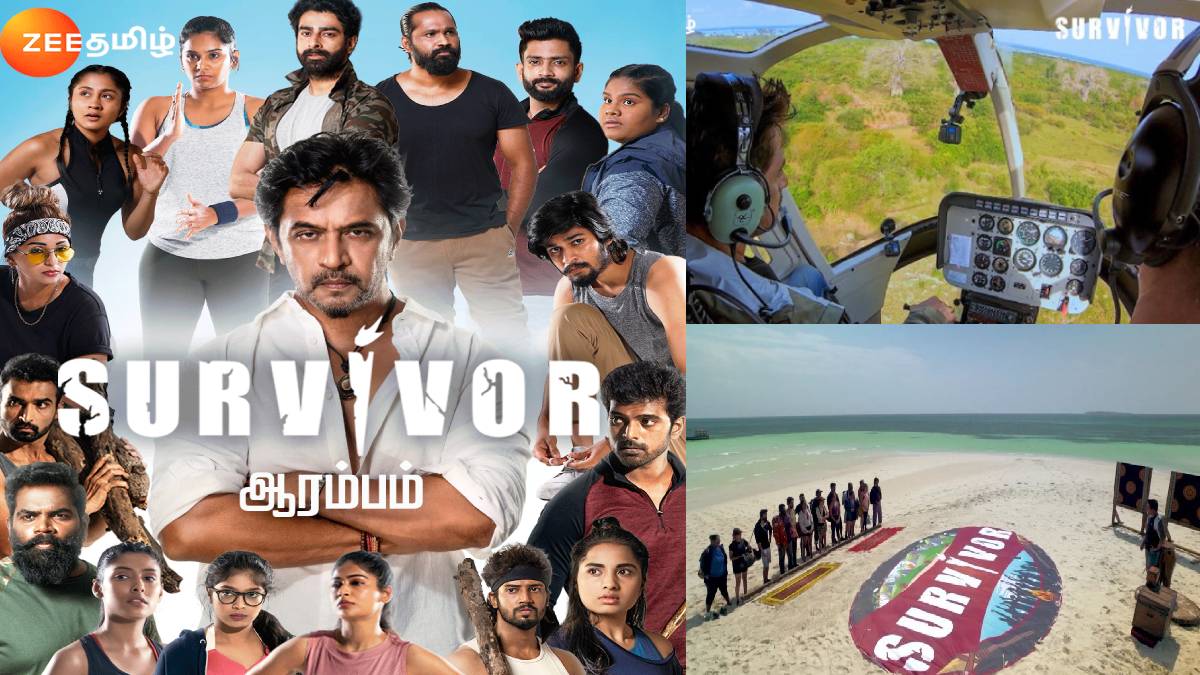 Survivor Tamil reality show has started with massive expectations and curiosity. A single episode of Survivor received huge fans, and the talks are going viral on social media. And the adventures reality show begins here.

Action king Arjun hosts this reality show Survivor. Arjun began the show with energetic words and helped the viewers to explore the African land through his helicopter ride. His words," More the beauty more the danger", conveyed that the tasks are going to different which needs emotional and physical strength.

The introduction of Actor Arjun in the stunning look with the jeep was impressive. Survivor is not like the other reality show that has been screened in Tamil channels so far. This show is going to be challenging and adventurous which will be liked by all age groups, especially among the youngsters and children.

The contestants are projected in an energetic and optimistic way, which shows that all are ready to battle and face the turbulence with their own support. Contestants are confident enough to cross the hurdles and obstructions. The introduction episodes screened the efforts taken by the contestants to win the prize of Rupees One crore and the title by surviving on the island for 90 days.

The contestants must be ready to face the challenges from all sides. They are going to start a primitive lifestyle that is entirely different from their daily lifestyle. The gift box sent by the Survivor team to the contestants itself revealed it clearly.  The contestants must be aware of the climatic conditions, the food they look for, dangers approaching them and mainly, they must be considered about their health.

Actor Arjun questioned the contestants on the term "primitive lifestyle", and the answers were satisfying. On day one, the contestants were given a task, which was the most challenging task for everyone, even for the viewers. The task was " Sacrificing Task." In this task, the contestants were commanded to submit their mobile phones and additional belongings which are emotionally connected with them.

The contestants were given a Survivor bag that could be filled with the necessary things alone. Actor Arjun asked them where they holds some belongings that are emotionally connected to them. At that time, Vikranth, Besant Ravi, Parvathy and Vijay Lakshmi came up with their things. Vikranth came with a letter where Besant Ravi and Vj Paravathy forwarded with photos, and Vijaya Lakshmi brought a yellow rose.

But the contestants were strictly not allowed to take those things with them because, as told earlier, Survivor is a show that has a connection with mental and emotional balance and physical strength. Following this, the tribe division was discussed. The contestants participated in it very actively.

Let us wait and watch who are fit enough to hold the title. The show will begin seriously from Survivor Episode 2, and it is stimulating to travel in the journey of challenging and unexpected tasks waiting for the contestants. Watch Survivor Tamil reality show in OTT platform Zee5 and on Zee Tamil.