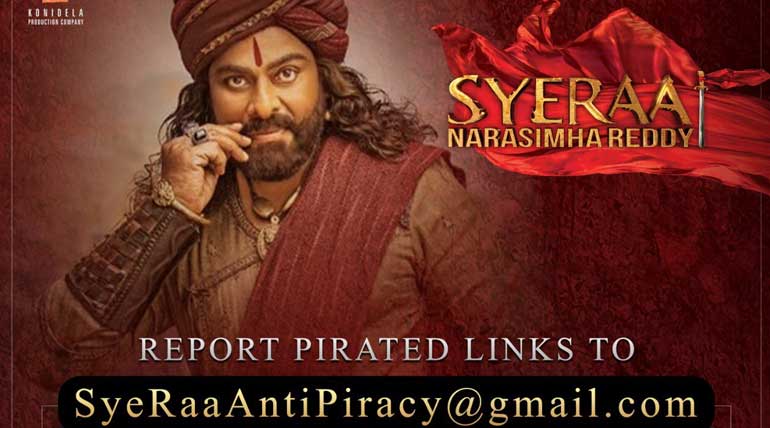 To protect from piracy leaks, Ram Charan's, Konidela Production company has requested the public to report the pirated links which stream the movie online to SyeRaaAntiPiracy@gmail.com.

Ram Charan, son of Chiranjeevi, took three years to produce SyeRaa and release on 2nd October. But the Piracy websites like Tamilrockers, Movieurlz may release it as soon as it hit the screens tomorrow.

Also, they request this epic movie of the 18th century first freedom fighter from Andhra to be enjoyed on the screen. With 200 crores of the production cost and the work of thousands of film people for more than three years are at stake, the public must watch its dubbed versions in Hindi, Tamil. Kannada, and also in Malayalam only on the big screen. 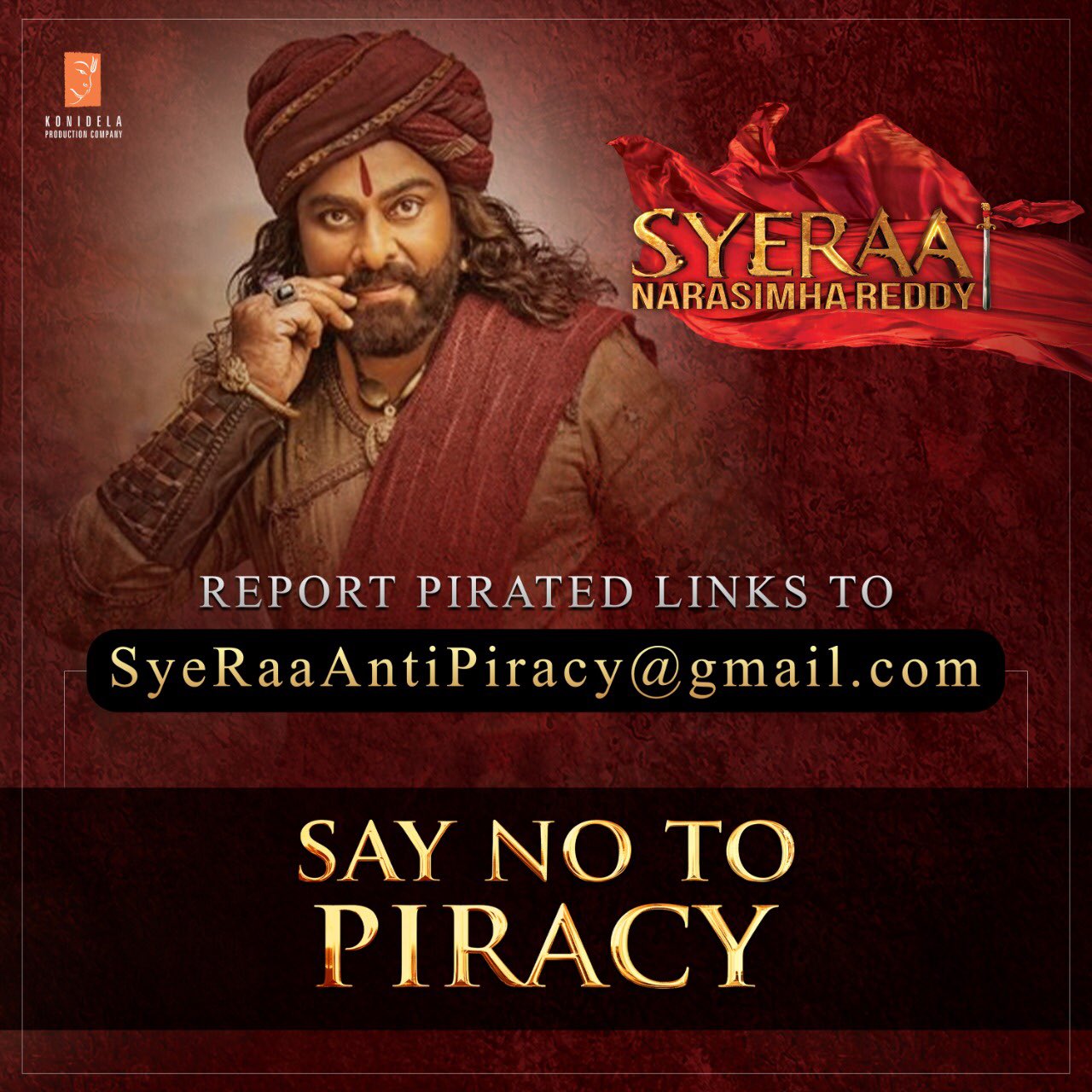 Chiranjeevi's Sye Raa Narasimha Reddy released tomorrow: Chiranjeevi, the megastar of Telugu cinema proved his might in Telugu cinema after ten years in 2017. The movie "Khaidi No.150", a remake of Tamil Vijay movie "Kaththi" by Murugadoss, made 164 crores in the box office. For a movie taken with a budget of 50 crores to make such a huge amount in these difficult times could happen only for Chiranjeevi.

To make the movie have a pan India presence, Amitabh Bachaan is acting in a guest role along with Vijay Sethupathi, Sudeep, Nayanthara and many other stars are acting in the movie. The producer of the "Khaidi No.150", his son Ram Charan immediately embarked on this movie Sye Raa Narasimha Reddy. It took more than three years now to complete and release this historic movie directed by Surendar Reddy.

But fearing that Piracy websites like Tamilrockers may shift from one domain extension to the other to release the movie online, they have requested the Indian people to report the websites screening the movie online.

Only with the help of audience watching in big-screen help producers and other technicians efforts. Avoid Piracy prints, watch movies in theatres with awesome sound effects.