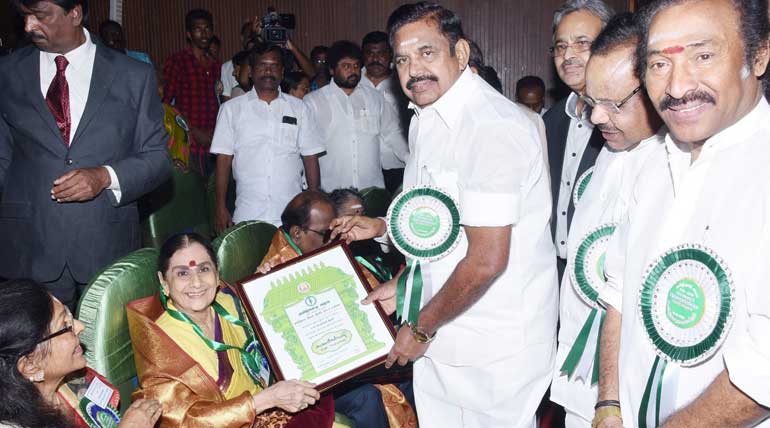 Chief Minister Edapadi Palanisamy distributed Kalaimamani awards in a function arranged by the Eyal Isai Nataka Mandram. The Chief Minister gave the awards to 201 recipients from 72 different art forms. Eight senior artistes were given cash awards of Rs. 25,000/- each.

The distribution of Kalaimamani awards which were not held for a gap of 8 years from 2011 to date has been awarded yesterday. Many notable actors, including Vijay Sethupathi who was awarded, did not turn up to receive the awards.

Many announcements made by the Chief Minister:

Further financial assistance to elderly artistes every month will be increased from 2,000 to 3,000. Assembly speaker P.Dhanapal presided over the function. K.Pandiaraj, minister for Tamil official language and Tamil culture spoke on occasion.

The list of actors and artistes attended the function include:

The Kalaimamani awards awarded to 201 artists after a long gap of 8 years will bring cheers to them. The cash incentive to the elderly artist from 2000 to 3000 will of great help to the needy artists of yesteryears. 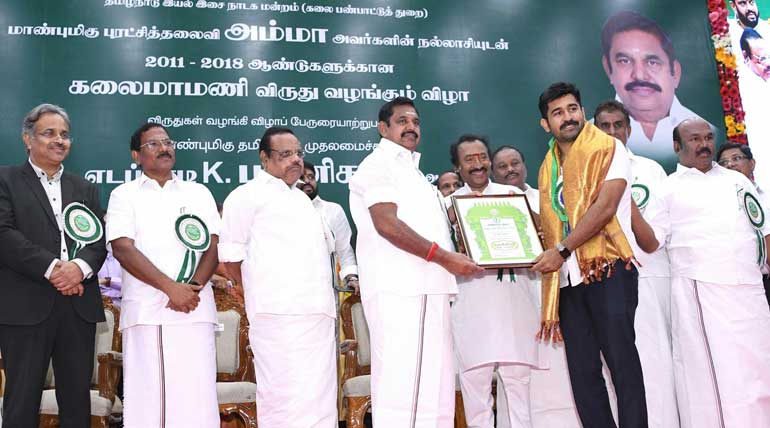 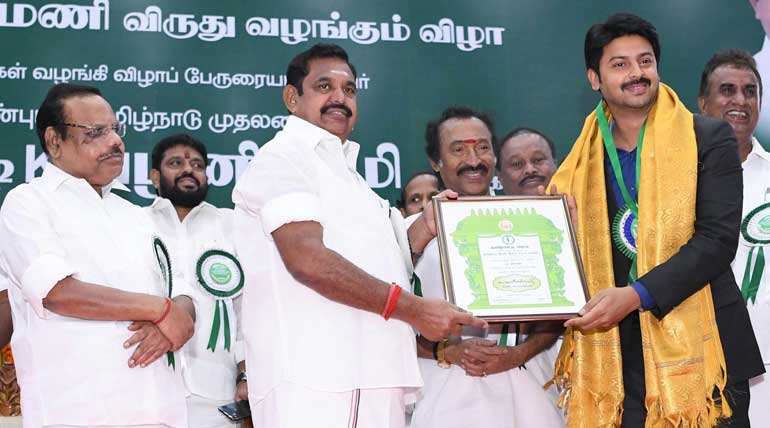 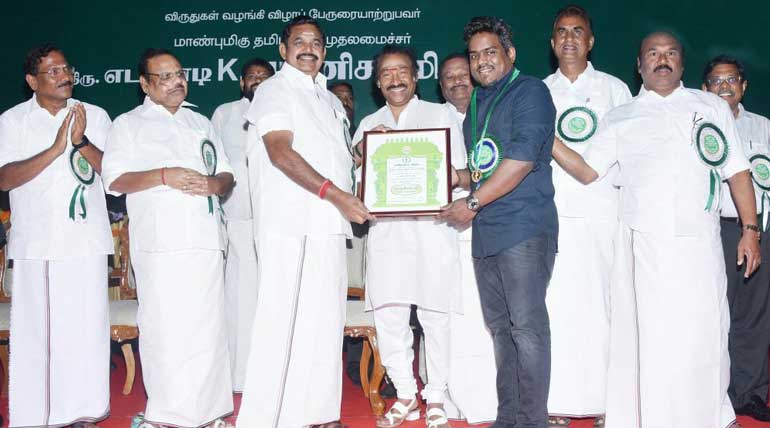 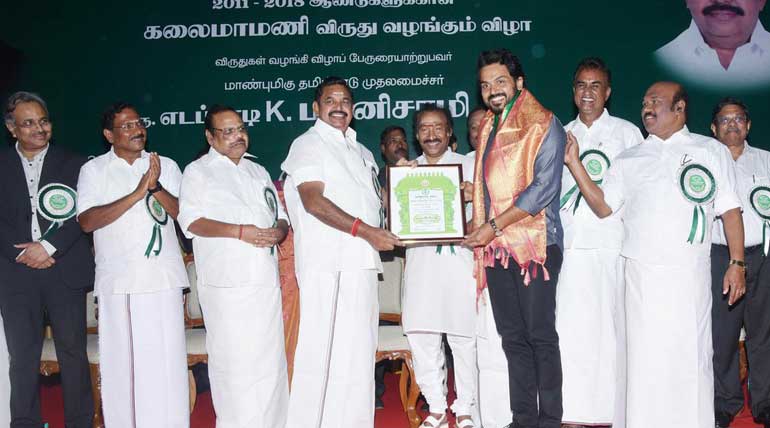