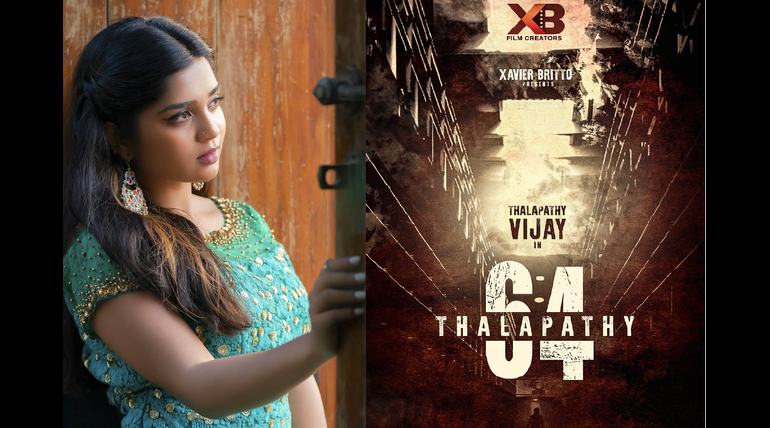 Expectations over Vijay films have never seen in a low key. Fans and followers of Thalapathy maintain the hype in every hard situation. Bigil, which has won the box office race of Diwali 2020, is the best example of the fans created hype. And, it didn't take much time to have an update on Thalapathy 64. Rumors are wandering around, stating that the movie will get released by April 9, 2020.

The first look of Thalapathy 64 can be expected on this New Year, said an inside source. Lokesh Kanagaraj is becoming a familiar face across the state. Kaithi came out and owned the hearts of audiences for this Diwali. Now, Director Lokesh Kanagaraj seems to be getting ready for his next attempt with Vijay.

The cast and crew of Thalapathy 64 seem like handpicked. Recently, the team has been spotted in Delhi while they are in their second scheduled shoot. Sources confirm that '96' fame Gouri G Kishan has joined Thalapathy 64 team. Reports also suggested that Andrea Jeremiah has also been approached by the team to join the crew.

Thalapathy 64 is the next movie after 'Theri' that is about to get unveiled in the summer holidays. So, this has only increased the curiosity of Vijay fans. As like the recent movies of Vijay and Lokesh Kanagaraj, this movie is believed to be an action-packed entertainment.

Never the less, Makkal Selvan, Vijay Sethupathi is about to play an antagonist role in Thalapathy 64. Malavika Mohan is in the female lead and Anirudh roles his tunes for Vijay in Thalapathy 64. The team also has included Shanthanu and Varghese Pepe in it.  Xavier Britto under the banner of XB Films producing the movie.