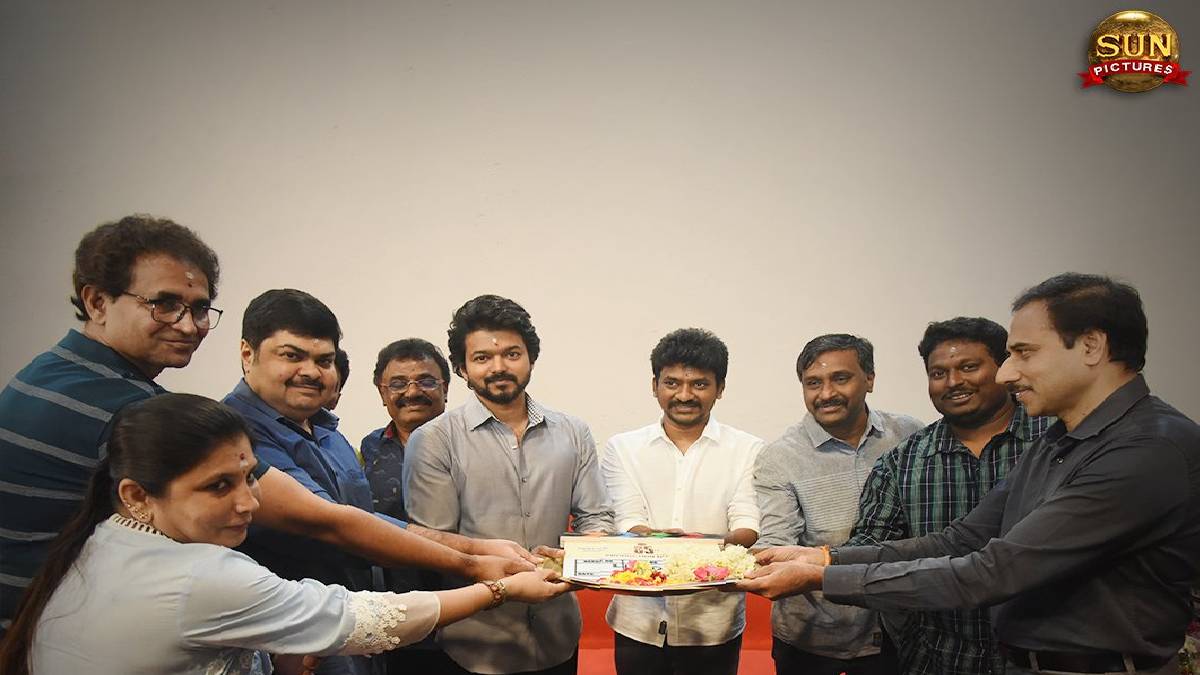 Thalapathy 65 has another update with the viral photos of the happy start. Sun Pictures has officially posted the pictures of the Pooja that happened recently to start filming.

It is a most awaiting movie which recently gave an update with the heroin name to the fans of Thalapathy 65. Thalapathy and Nelson shouldered on for their next film Thalapathy 65.

The sun pictures have tweeted the movie cast and crew's recent photos during the Pooja with the hashtags of #Thalapathy65Poojai @actorvijay @Nelsondilpkumar @anirudhofficial @hegdepooja #Thalapathy65.

And this post is retweeted by Nelson Dilipkumar, mentioning,' New journey starts today #Thalapathy65 feeling blessed to work with the sweeetesssssst @actorvijay sirrr and @sunpictures #Thalapathy65Poojai.'

And the photos are going viral on social media.