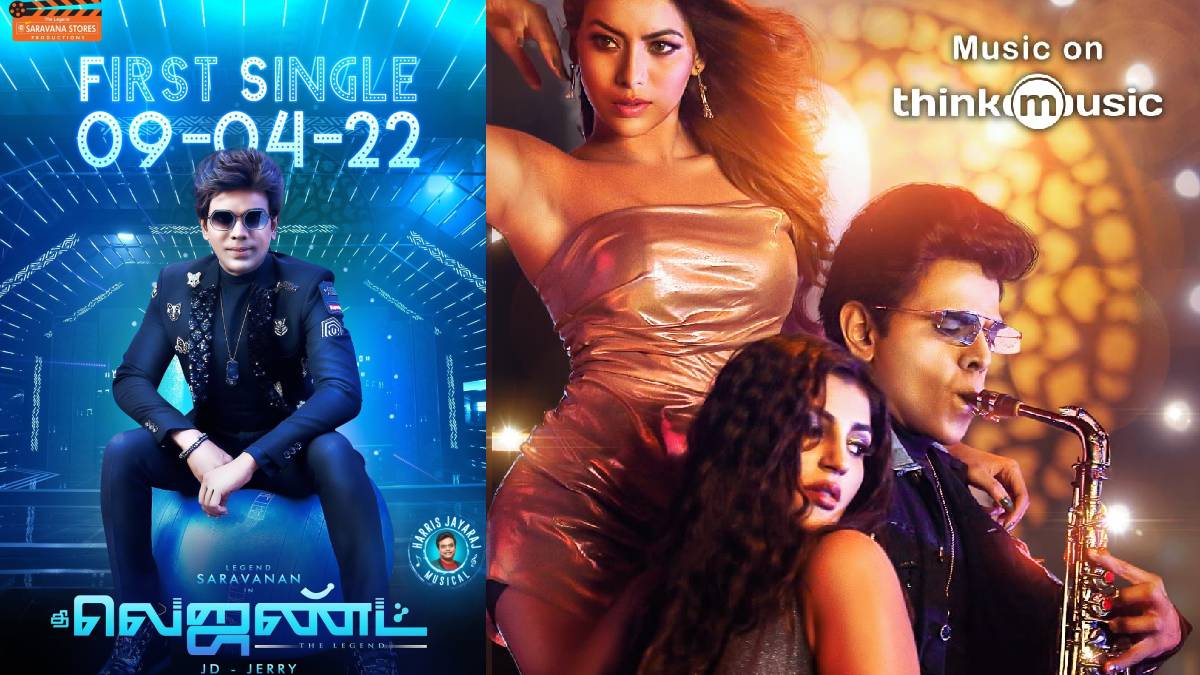 A popular company, Think Music, has acquired legend Saravanan's The Legend's Music License, and the announcement has been made with a new poster.

The most awaited movie, The Legend, will make its debut as Saravanan Arul Hero, the owner of Legend Saravana Stores and Urvashi Rautela under the direction of twin directors Jedi-Jerry, is waiting to be released soon. Yogi Babu, Robo Shankar, Prabhu, late actor Vivek, Nassar and Mayilsamy will be seen in prominent roles.

Saravanan Arul, who has danced with leading actresses in commercials due to his interest in acting, is currently making his debut as a hero in The Legend. By ignoring the trolls and comments, Saravanan Arul has now come up as a lead hero with the Music of Harris Jayaraj.

The musical rights of the film The Legend have been acquired by popular music company Think Music. Currently, a new poster they have released with that announcement has caught the attention of the fans. The Legend movie poster is also released, and the Legend's first single will be released on April 9.