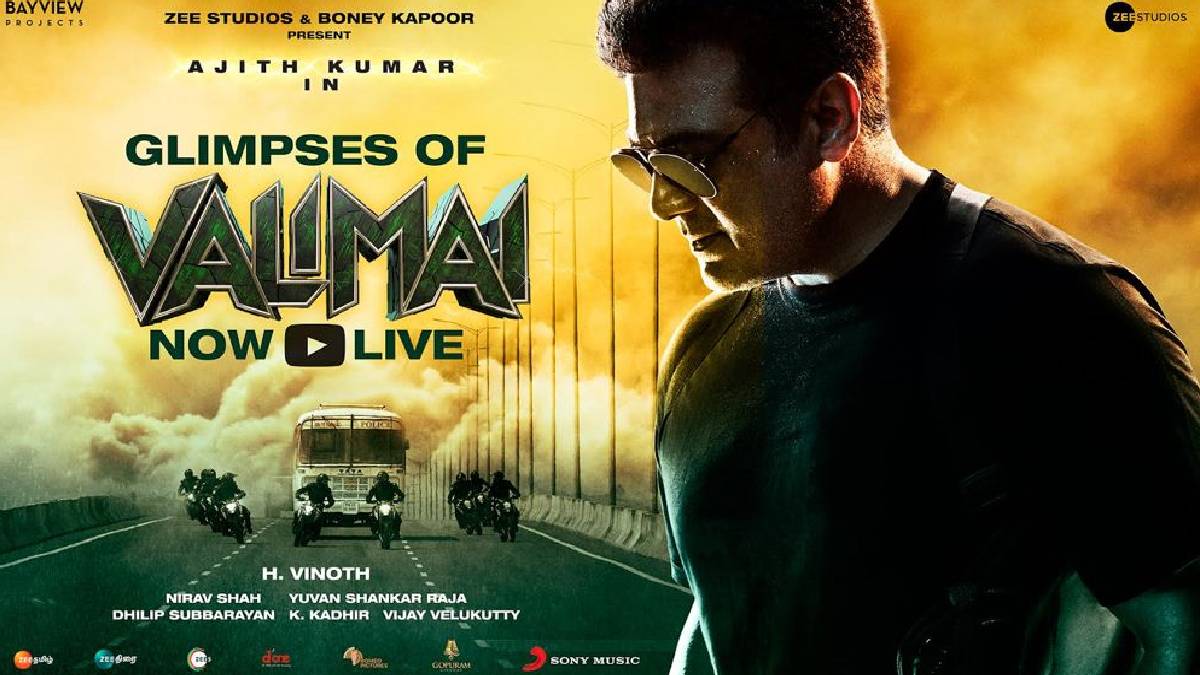 It is time to celebrate the first glimpse of Valimai starring actor Ajith. H.Vinoth directs the film with the music of Yuvan Shankar Raja.  This announcement is a huge update for the Ajith fans.

The first single, Naanga Vera Maari, and the Valimai motion picture attained their peak soon after its release. Social media is still trending with Valimai Update for the past two years. It is so soothing to watching the updates from the film Valmai soon after the other.

After the film Nerkonda Paarvai, actor Ajith was not engaged in any movies, and it was tough for the fans to live in the absence of actor Ajith on big screens. Valimai is with the massive expectation among the Ajith fans and among the other hero fans.

The glimpse of Valimai has nailed with actions with dashing background music. The bike scenes are stunning and impressive. The dialogues are powerfully written, which was seen in the glimpse. Few scenes bring goosebumps.   This happy update has been celebrated among fans by hitting likes and shares.