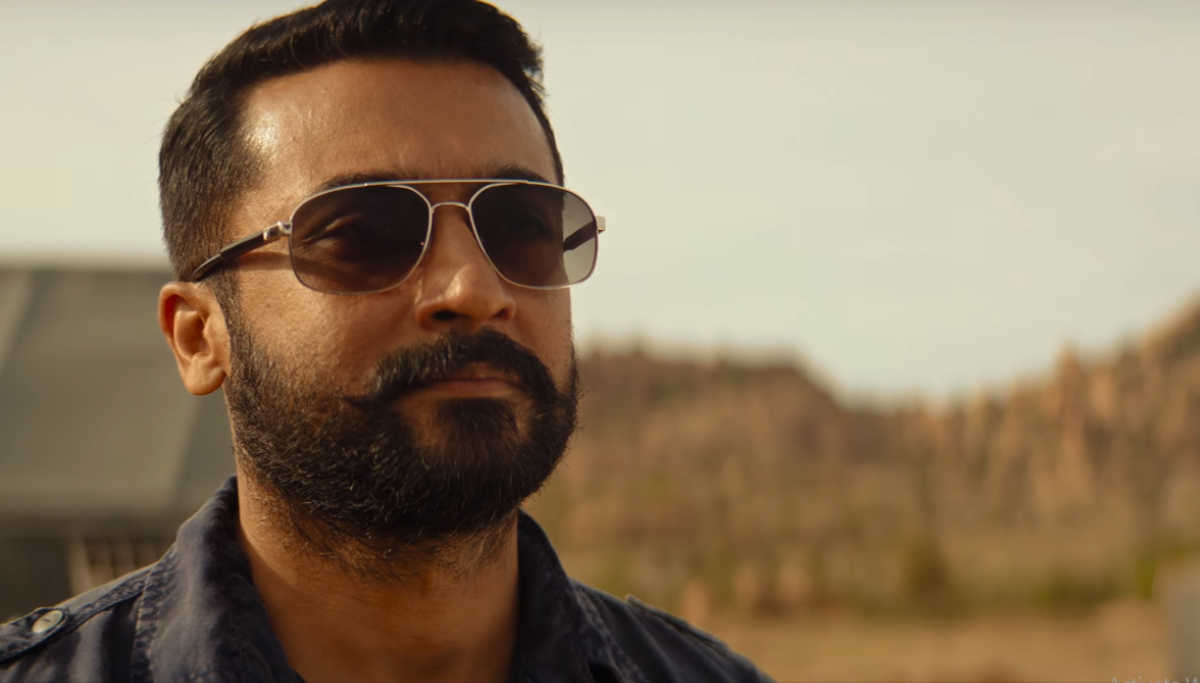 Soorarai Pottru Crew in Spice Jet 737 jet: After the success of Kaappaan, Suriya Sivakumar takes off his next with Soorarai Pottru, directed by Iruthi Suttru Fame director Sudha Kongara. The film is all set for release next week, February 21, 2020, and the team flies high with the post-production process.

The song from the movie 'Veyyon Silli' has launched on SpiceJet Boeing 737 flight, and the poster was unveiled by the Chairman of Spicejet, Mr. Ajay Singh. Suriya, actor, and producer of Soorarai Pottru, along with music director G.V.Prakash Kumar and crew, release the Veyyonsilli song at 3 p.m today in the sky while on board.

One hundred first time flyers will be going on the SpiceJet Boeing 737 flight, these children from various government schools had written winning essays on their biggest and fondest dreams, and it's set to come true by Mr. Ajay Singh and the makers of the film. This idea is mainly on the makers' minds only because of the Air Deccan founder G.R.Gopinath, whose main goal is to make flights affordable for the poor people in the country.

Following the recent promotions of Darbar by SpiceJet, the airlines' collaboration leaps with Soorarai Pottru's awaiting release. After the launch of the Veyyonsilli song while onboard, SpiceJet will be revealing the branding of the film in their SpiceJet Boeing 737. Sources reveal that Ajay Singh, Chairman of SpiceJet, will do the regards on the flight on February 13. The flight has been decorated with Suriya in Soorarai Pottru font facing one side of the Spice Jet Boeing 737.