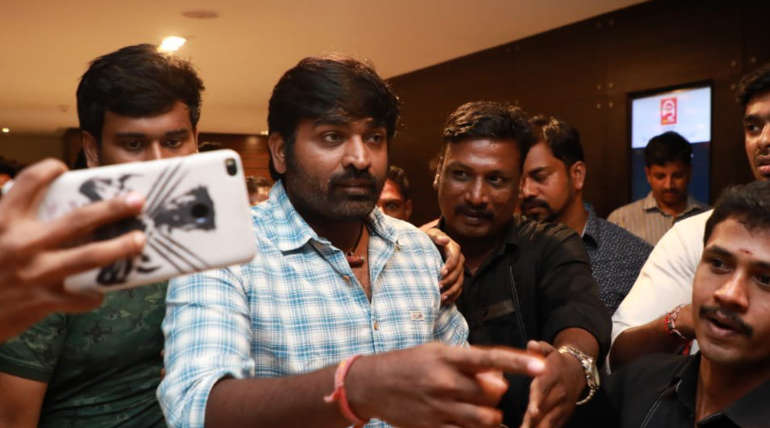 Nadigar Sangam Election 2019: Bhakiyaraj Swami Sankardoss team and Vishal Pandavar team will be in the active campaign for the South Indian Film Artistes Association election to be held on June 23rd. The two teams intensify the support of the various artists of the cine field. Swami Sankardas team is new team emerged against Pandavar team named after famous Tamil actor, stage drama writer and also a novelist. It was expected to be Jayam Ravi will be nominated for the post of treasurer from Bhagyaraj-leg group against Karthi.

Bhagyaraj announced for the post of President as Nassar holding the post now. The producer Isari Ganesh can be against Vishal for the post of General Secretary. Ponvannan from Nassar-led team will be replaced by Poochi Murugan and Karunas against Kutty Padmini and Udhaya for Vice President post.

Makkal Selvan Actor Vijay Sethupathi spoke about his stand on South Indian actor election. In reply to the question of Journalists who asked him about his support, "I support a team in those two teams. I cannot say which team". There is a rumour that he is against Vishal team. During the aboard shoot of Junga movie, Vijay Sethupathi was unable to attend the strike of South Indian film workers. This made a conflict between Vishal and Vijay Sethupathi. The rumour spread in cine world that he will support Bhakiyaraj team which emerged as the opposition team to Pandavar team consists of Actor Vishal, Nassar, Actor Karthi, Karunas and Poochi Murugan.

During the interview in between of Sindhubaadh audio release function, he said that there are many problems in actor association. It's better it should end soon. Sindhubaadh is Vijay Sethupathi upcoming thriller movie directed by Arun Kumar under the production unit Vansan Movies and K Production. The film casts Anjali as lead pair for Vijay Sethupathi. The film finds its theatrical release on 21st June. Vijay Sethupathi also mentioned that the film industry is not only about the actors, director and technical people, but it also involved a number of families. We should take concern of all of this.