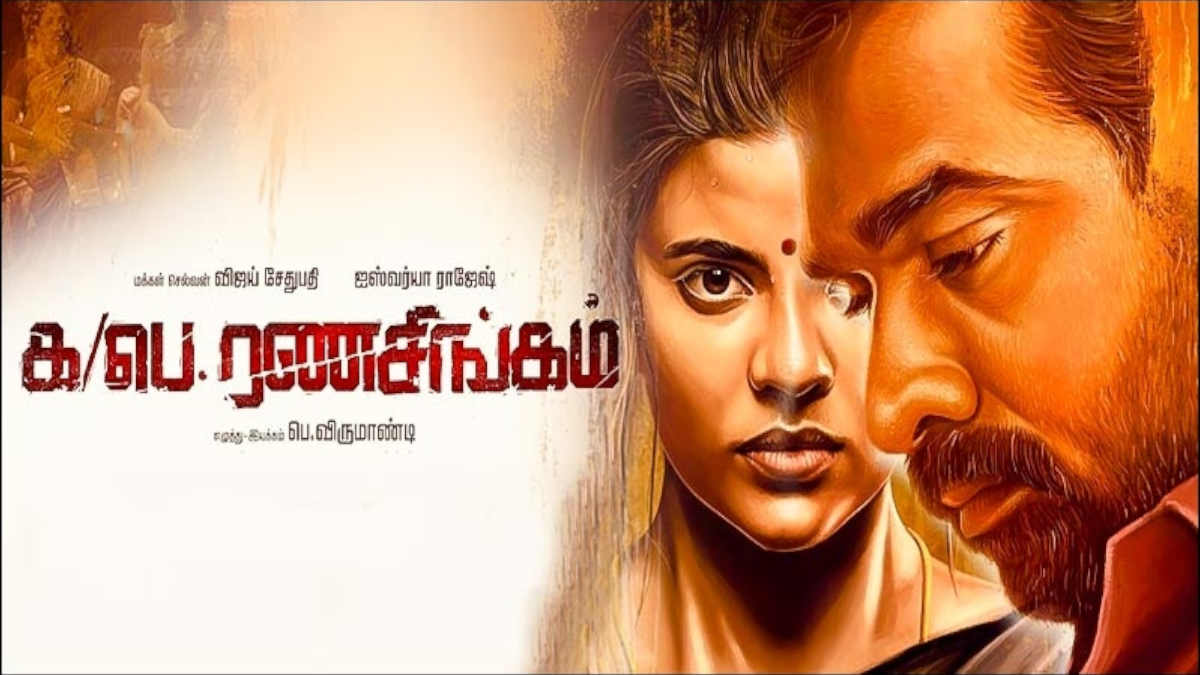 Ka Pae Ranasingam movie directed by P.Virumandi starring Aishwarya Rajesh in the lead role alongside Makkal Selvan Vijay Sethupathi in a centric role, is yet to stream on ZeePlex official under the banner of KJR Studios.

Confirming the news officially, Actor Vijay Sethupathi tweeted on Fridays as "Stay home, stay safe, we're bringing #KaPaeRanasingam HOME TO YOU on ZeeplexOfficial. Releasing in 5 Indian languages, subtitled in over 10 International languages, streamed in over 150 countries! It's going to be Massive".

The crew has announced that Ka Pae Ranasingam will be released in 5 Indian languages and includes streaming over 150 countries. It was produced by KJR Studios, the film stars 'Poo' Ram, Rangarajan Pandey, Vela Ramamurthy, Bhavani Sree, among others. Ekambaram has worked as a cinematographer with composer Ghibran's musical magic.

Aishwarya Rajesh is an avid female performer, and undoubtedly, the actress will nail her part in Ka Pae Ranasingam irrespective of how the film is entire.

Meanwhile, Vijay Sethupathi is breaking the rules of Kollywood cinema by acting in multi-star movies right from Thalaivar to Thalapathy. Amidst getting the antagonist roles, Makkal Selvan is all in the exploration mode fulfilling his career dreams, and Master, directed by Lokesh Kanagaraj, will be one most expected trendsetter from him under XB productions.