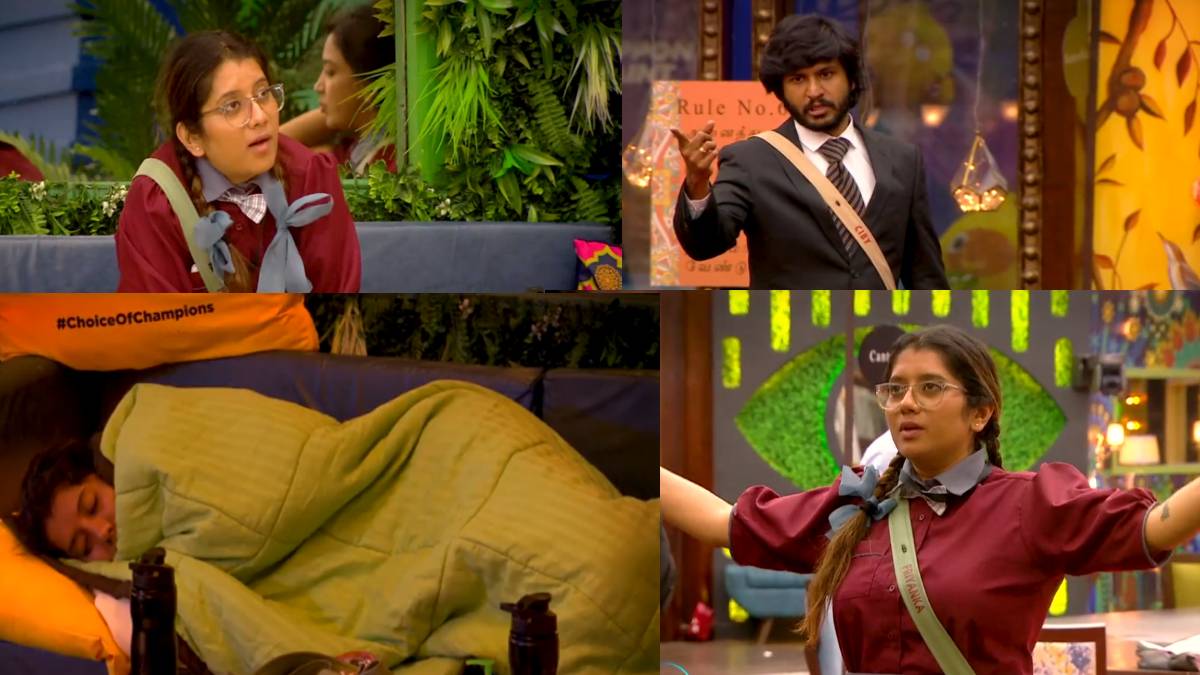 The promos for today Bigg Boss Tamil 5 episode is released. In it, the housemates were given a new task. It is nothing else but the same school task which is given in every season. School task is quite interesting because it sprouts some fights among the housemates.

In this task that is to be held today, Raju and Abhishek Raaja are the teachers. Ciby is in the position of Principal, whereas the other contestants are wearing school uniforms. Being the Principal of the school, Ciby laid some strict rules on the students, which hurt a few housemates.

In the promo, Ciby ordered Iykki and Akshara to colour their black hair or else they will be punished. He also tells Thamarai Selvi to speak respectfully. Similarly, he also punishes Priyanka, but the exact reason for the punishment is not clearly seen.

There breaks a fight between Ciby and Priyanka. In between the argument, Abishek triggers Priyanka as he did before. This was how it was projected in the prom, but only in the episode will know what happened in the scene. In the promo, there was a scene where Priyanka was sleeping outside the house, even during the rain.

Bigg Boss Tamil 5 viewers must wait for a few more hours to know what will happen in today's episode because the most exciting things seem to be happening. Wild card entry contestant of Bigg Boss Tamil 5 Amir founder of ADS dance crew, is present inside the Bigg Boss house.

It is very exciting to know how Abishek will react to the Bigg Boss housemates after knowing well about all the contestants by watching the Bigg Boss. On the other hand, it is still surprising to know that Abishek stated that he hadn't watched the Bigg Boss even after his eviction.