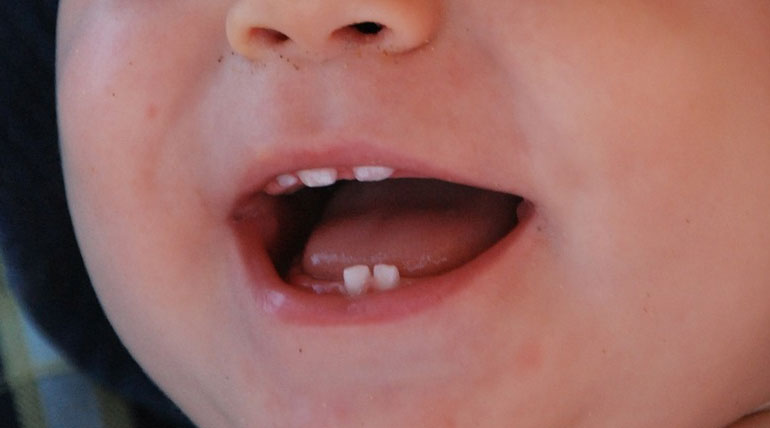 Autism and attention deficit hyperactivity disorder (ADHD) is a neurodevelopmental disorder that affects communication and behaviour of an individual. Most commonly affects children; Medications are not mere and affects adults too.

How do Baby Teeth Help To Identify ADHD, Autism? Prenatal and newborn babies form new tooth layer daily which collects dents of chemicals and metals providing an archival record like rings on a tree. Changes in the metabolism of the baby before and after birth identifies ADHD in children at early days-research says.

Signatures in the teeth of the baby help to diagnose Autism spectrum and ADHD traces. Signs involve alterations in the metabolic action of nutrients and toxic metals which are responsible for the neurobehavioral condition of a person.

This teeth layer chronology may help detection of ADHD and Autism at an early stage. A chance for potential life for the patients can be achievable from the teeth layer research.

Risk of Autism From C-Section: Does a delivery method in builds Autism? Though it is still not proven, Researchers and experts still working on it.

JAMA Open Network found that C-section involves 33% of higher risks of Autism. It states that Autism risk in C-section is high compared to normal vaginal delivery.

From the 20 million delivery all over the world, researchers conclude that C-section and Autism have a connection; but the actual cause is not C-section.

Exposing to toxic chemicals and metals, Hypertension during pregnancy cause dysregulation in the metabolism of a baby before and after birth leading the path to ADHD and Autism.

Thomas Frazier, a psychologist and chief science officer of advocacy group Autism, says that "We didn't conclude C-SECTION causes Autism".Both have a correlation, he concludes.