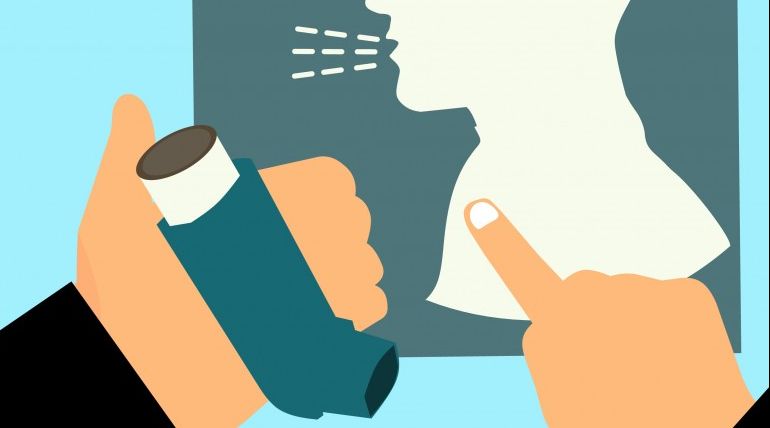 Switching to "green inhalers" is expensive in the initial go but feasible with options: In a research study done by Cambridge University, it was found that the existing inhalers have greenhouse gas, which pollutes the environment. Chlorofluorocarbon (CFC) is the significant substance initially used in inhalers, and since it is affecting the Ozone layer, it was banned. But now Hydrofluoroalkane is the substance that is being used, and it is a â€œPotentâ€ greenhouse gas, which causes an equivalent threat to the environment as CFC. The research stated that replacing one in ten metered-dose inhalers saved the earth 37X from the pollution effects. â€œIt is equal to 180,000 return car journeys from London to Edinburghâ€, the researchers said.

Metered-dose inhalers accounted for 70% of the prescribed inhalers in the UK in 2017. Taking the statistics into account, replacing one in ten metered doses could potentially reduce CO2 emissions by 58,000 tonnes. The Hydrofluoroalkane would be propelled inside the respiratory system. The estimated carbon footprint for one dosage is 500gm. Five doses of this are equivalent to a 14km trip. By the time the inhaler is empty, it would have caused the damage to the environment compared to the carbon footprint caused by a 290km trip. It is the same effect as that of recycling or cutting out meat.

The medications cannot be cut owing to environmental pollution, as this would challenge the life of the people. But patients can discuss and go for environmentally friendly inhalers. Again, the usage of inhalers should be learned from asthma expert nurses. There are specific guidelines to be followed while using inhalers. The option can not be flipped just like that one of the officials commented. By comparing the metered-dose inhalers, dry powder inhalers contain only 20g of carbon dioxide per equivalent dose, and many patients are successfully using the same.

The cost factor comes as a major concern for using the dry powdered inhalers. But switching to less expensive green inhalers will not burn the pocket of the inhaler users. However, it is equally important that cost-effective green inhalers should be suggested as an alternative. "People should make use of the inhalers correctly and return it back to the pharmacies after using for the safe disposal," said Dr. Wilkinson.

Switching to green inhalers will have a positive impact on the climate. People are more prone to respiratory disorders due to weather changes. This move will help both the environment and the NHS to support the environment. Prescribed inhalers should be adequately taken to avoid side effects. Without a prescription, the inhalers should not be changed to avoid unnecessary hiccups, opined the experts.

There are six major pollutants, according to the "Environmental Protection Agency." The list includes carbon monoxide, Particulate matter, Nitrogen dioxide, Sulphur dioxide, Ground-level ozone (though it protects us from UV, the ground level will cause major hiccups), and Lead.