Donald Trump Imputed India as a Polluted Country in the US Presidential Election Debate. 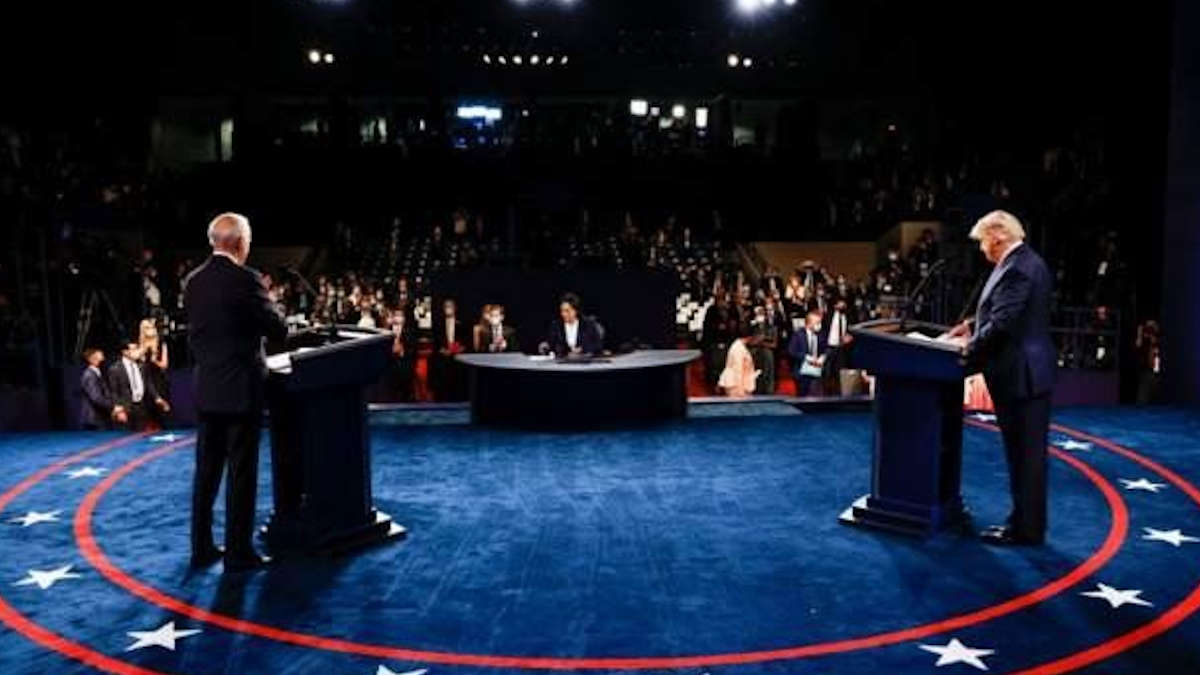 In the US presidential election debate, as supporting US withdrawal from the climate accord, Donald Trump stated, "the air in India, China and Russia was polluted."

US presidential election has been scheduled for November 3. The election debate took place on Thursday evening, where Joe Biden and Trump argued about the issues faced by the US Government.

Already  3.5 million people have voted in favor of the US election. This is more than a quarter of the total votes. Other than racism and police brutality, thousands of people have down to the streets to fight for several issues.

Responding to Kristen Welker, the moderator of the debate,  question 'how he would deal with climate change while at the same time creating jobs' Trump answered, "The carbon emissions of the United States over the last 35 years are correct. Look at China and India, they are so polluted. I do not want to lose millions of jobs and companies because of the Paris Agreement. This is very unfair."

"I dropped the Paris Agreement because we were mistreated, and we had to recover trillions of dollars," Trump explained why he revoked the Paris Accord.

Many people have been researching this idea of ​​Trump and sharing their views on social media.

The Trump administration insisted that more foreign policy be discussed in the debate, but the discussion focused on COVID, which a significant problem faced by the human race currently.

So debate turned to something that the American people are most concerned about. Trump promised the vaccine would be ready in a few weeks.

Trump shared his new drug experience with new drugs, which helped him to recover from covid and provided better immune. But Biden slammed Trump by saying the infection would go away on its own. He also added 2 lakh 20 thousand Americans have died from corona because of the lack of awareness toward the deadly virus.

During the debate, Trump said the COVID situation is improving.  Unable to answer Biden's question at one point, Trump told people to have used to living with the corona. Biden replied people have not used to living but getting used to die to it.

The 90-minute discussion covered everything from bringing a general curfew to prevent the spread of contagion to closing down gas stations as a way to take a step on climate change.

Yesterday debate was somewhat calmer than the previous discussion, even though they blamed each other.