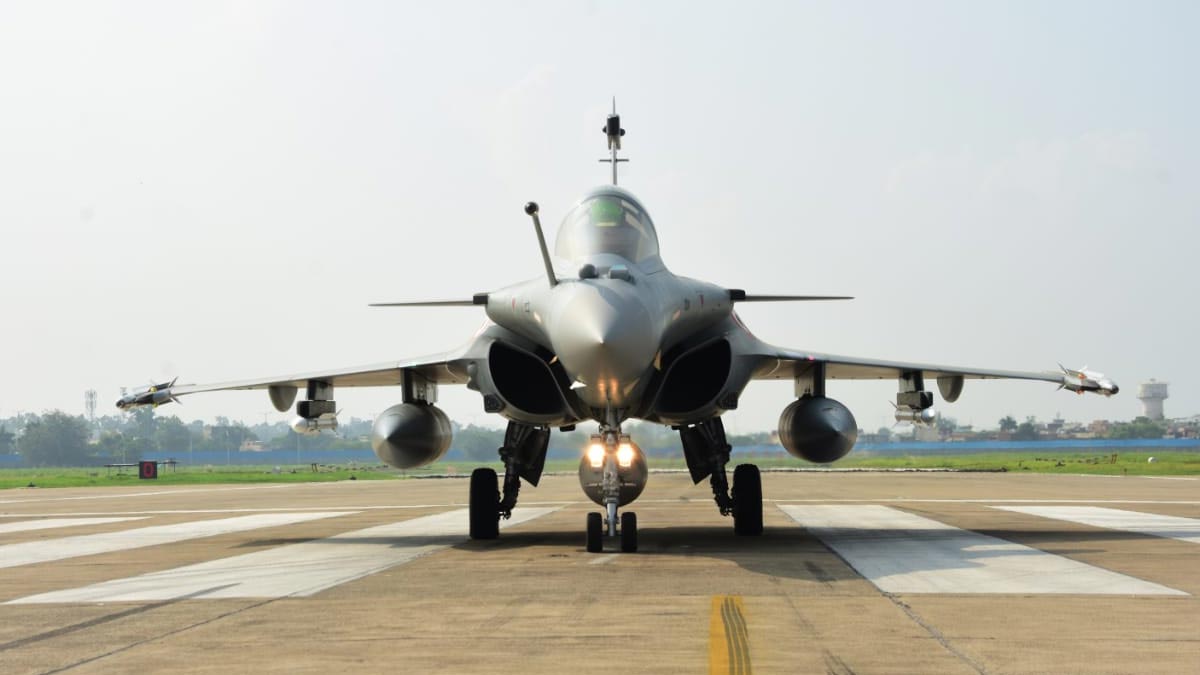 Ambala: The Rafale fighter jets were formally incorporated into the Indian Air Force today. At the Ambala Airport base, a traditional ceremony was held to connect the planes with Sarva Dharma Puja. Flight adventure shows also took place.

France and India last signed an agreement in 2016 to buy 36 Rafale fighter jets amounting 59,000 crores. Five of these planes arrived in India on July 29. In this context, the formal integration of 5 Rafale aircraft into the Indian Air Force is in full swing today.

Specifically, the aircraft are being inducted to the 17th Squadron of Indian Air Force named as Golden Arrows. This Air Force event is considered important during the ongoing border dispute in Ladakh.

The Indian Air Force had earlier tweeted about the event at Haryana's Ambala airport as "new birds in the Arsenal".

Meanwhile, Defence Minister Rajnath Singh presented mementos to the French Armed Forces Minister who attended the induction ceremony as a chief guest and an induction scroll to the Group Captain Harkeerat Singh, Commanding Officer, 17 Squadron 'Golden Arrows' of the IAF.

Following the induction, IAF sources revealed that the second batch of the Rafale fighters would be in the homeland by this November. The Air Superiority Rafale is powered by a twin-engine Snecma M-88-2 turbofan, which delivers superior performance in all climates, as well as improved weaponry and greater safety capabilities.