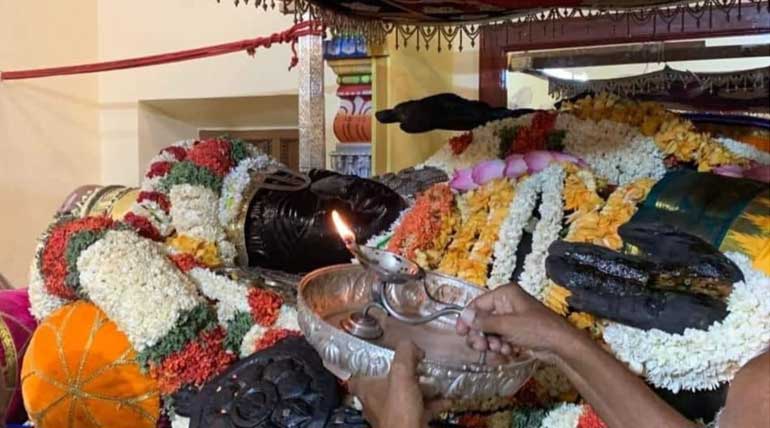 Kanchipuram Collector Ponnaih held a press conference now for elaborating the arrangements for the next eight days of Lord Athivaradar darshan until 16th night. Chief Minister Palanisamy visited Kanchipuram yesterday to worship the Lord and make an assessment of what to be done for the next nine days of darshan. Accordingly, many facilities were added as per the Collector's speech in the press meet. There will be no darshan on 17th for anyone, as the Lord is immersed in the amirthasaras water as after performing all the necessary spiritual rituals. Devotees from all over the world are eager to worship the Lord in the next eight days as it will take another 40 years to have a darshan of the Lord again.

The additional arrangements for darshan in the last eight days:

Lord Athivaradar darshan to end by 16th July. All necessary arrangements are made by the district administration to handle the huge amount of devotees in the last eight days.