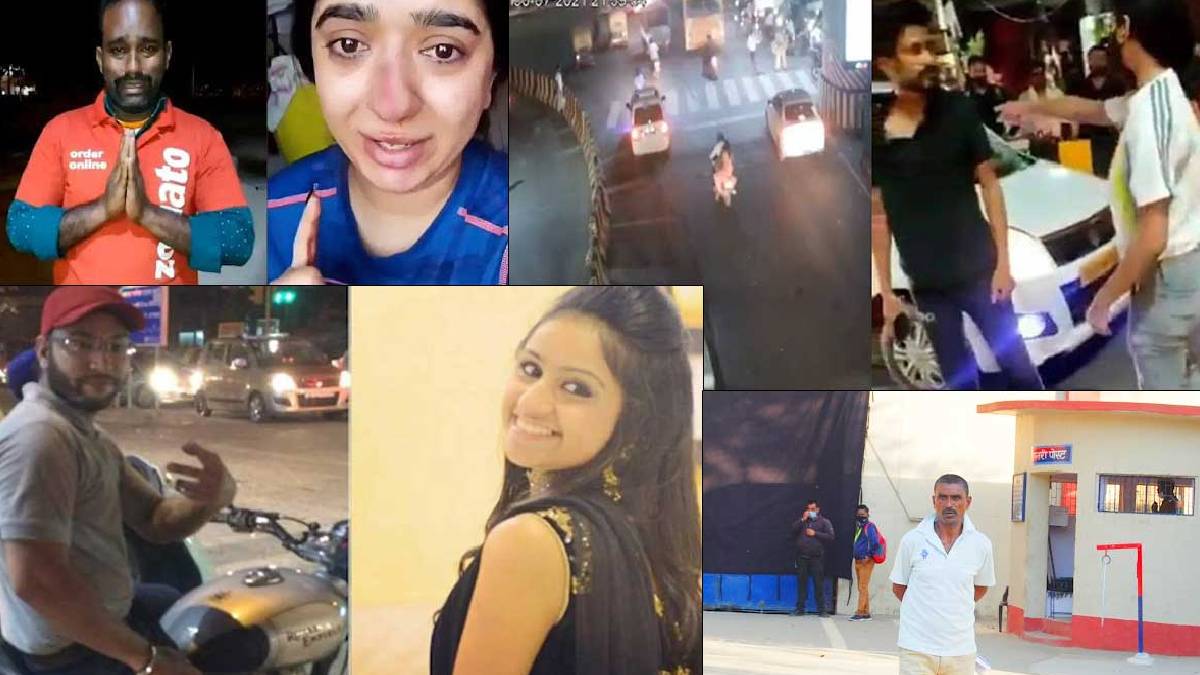 Here are few incidents that openly proved that men are not the accused all the time. The law is equal for men and women. Men are facing hard times because of few women who falsely accuse men. There were happenings where men abuses and hits women, but not all men are the same.

In some cases, one who does the crime escapes easily, and the innocents are trapped and jailed for false reasons. Few women take advantage of feminism, and they misuse the term. Will the women who frame false statements will be punished the same as men?

Vishnu Tiwari, a 43-year-old man from Lalitpur, Uttar Pradesh, who was 'wrongly convicted in a sexual assault case, was released by the Allahabad High Court after serving 20 years in prison. Vishnu Tiwari, who was convicted of rape under the IPC and SC / ST Act, has been lodged in Agra jail for twenty years.

During this time, his parents and two brothers died, but he was not even allowed to attend their funerals. The Division Bench of the High Court finally announced his release on Wednesday. In September 2000, a 23-year-old Vishnu Tiwari was arrested following a false complaint given by a girl saying that he raped her.

The case was investigated by the then Narhat Circle Officer Akhilesh Narayan Singh, who submitted his statement against Vishnu. The trial court sentenced the accused to life imprisonment. He was later transferred to Agra Jail.

In 2005, Vishnu appealed against the judgment of the Sessions Court in the High Court, but the case remained pending for 16 years. Later, the State Legal Services Commission appointed advocate Swetha Singh Rana as Vishnu Tiwari's security adviser.

The case was registered three days after the alleged crime. No injuries were reported to the victim's private parts.  Essentially the case was not registered by the woman but by her husband and father-in-law. Therefore, considering the facts and evidence in the record, we believe that the accused was wrongly convicted. Therefore, the trial court's judgment and the erroneous order will be changed, and the accused will be released immediately.

The next incident that happened in Bengaluru was going viral as a girl posted a video of her with a bleeding face. Later, the delivery boy didn't hit her, and the video was posted with false content.  Soon after the video was posted, viewers started to post content against the delivery boy, who was arrested. He was taken away from the job, and people were against him.

He was hit in the door and injured." When the truth was known, police registered a case against a Bangalore woman for allegedly assaulting a Zomato delivery boy. Later the delivery boy filed a complaint against the girl, and the girl Hitesha Chandranee flees Bengaluru.

Nearly four years ago, Jasleen Kaur, a young woman from Delhi, posted on her Facebook page accusing Sarvjeet Singh of sexually harassing her in the middle of the road.

Jasleen also attached a photo of the man in a lengthy post describing the event. As usual, our emotional netizens made this viral with this post. So much so that even some Bollywood stars and Delhi Chief Minister Arvind Kejriwal were there to applaud Jasleen's brave move.

Following this, a photo of Sarvjeet was spread on the internet with many nicknames. Sarvjeet has lost his job as a result of this incident. His father is also said to have died of this depression. After being arrested and released on bail, he was suffered untold hardships. During the police investigation, an eyewitness testified that Jasleen's accusation was false.

He also testified that the woman had spoken ill of him. The case is still pending for more than four to five years. This is because the accused woman did not appear in any court hearing related to this case, and she went abroad for her higher studies.

Sarvjeet says he is waiting for justice for himself, sharing the slanderous news about himself without knowing the truth before the verdict comes; He says his life has been questioned by Internet users and the media. Bollywood actress Sonakshi Sinha has apologized to Sarvjeet.

Because of this incident, Sarvjeetwas fired from his job. When he joined another job, they also fired him because he was in a situation to go to court for signing. Later he joined a job where he got only 40% of his first salary.

And the following is the recent incident that is going viral on social media with the hashtag #arrrestlucknowgirl. A young Lucknow girl was crossing the signal when the cop was giving hand signal green to the vehicles. At that time, the cab driver stopped the car when the signal was red. The young girl made the cab driver come out and started to beat him terribly, and the crowd was just watching the incident.

The woman took the driver's cell phone from him and put it down, and broke it. No one came forward to ask the reason behind the clash. The cab driver also did not defend himself just because the opposites gender is female. One stranger came to help the cab driver, but the girl started to blast him as well.

The cab driver was arrested, and when the CCTV video was released, the real happening was known. And now the public and other social personalities are supporting the cab driver and voicing out to arrest the girl who falsely framed the cab driver.

And now the tweet posted by an Indian actor Sidharth Shukla in 2019 saying, 'Gender equality is a human fight, not a female fight! In today's day, instead of talking & focusing more on playing the women card, let's talk & regulate equality..because we need it more and men and women are equal!! We feel so glad & proud to see Sid speaking up on this issue!' is going viral.

Gender equality is a human fight not a female fight!In today's day, instead of talking & focusing more on playing the women card,let's talk & regulate equality..because we need it more and men and women are equal!!We feel so glad & proud to see Sid speaking up on this issue! pic.twitter.com/l43Ac22zQk